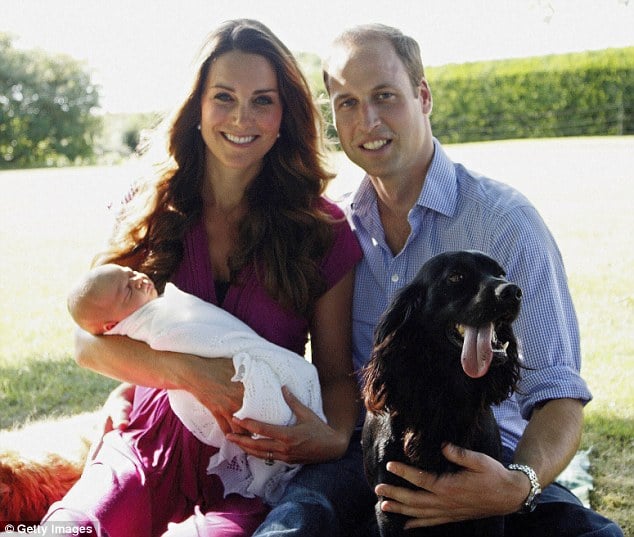 It seems Queen Elizabeth II is not amused with Lupo the cocker spaniel and to date has put the Duke and Duchess of Cambridge’s trusting pet off limits during the royals celebrations at Sandringham this year.

Told a source: ‘The Queen made it clear that Lupo was not on the guest list.’

The beloved pet is now said have been left on the Middletons home in Berkshire.

In surmising what may have tempted the Queen to keep Lupo out of the party loop, conjecture has it that new dogs have caused problems with visits to the estate in the past.

Last summer, one of the Queen’s corgis nearly lost an ear when it was involved in an attack with Princess Beatrice’s Norfolk terrier Max.

And in 2003 one of the Queen’s corgis had to be put down after it was attacked by Princess Anne’s bull terrier Florence at Sandringham.

“Cocker spaniels are sociable by nature and good at getting along with other dogs, but the same isn’t always true of the Queen’s corgis,” concedes Dr Mugford, a regular on the television show Britain’s Worst Pet. “The commotion of Christmas – the large number of people, the unfamiliar faces and all the distractions – can make them unpredictable. Another dog coming into their territory, with all of that going on, isn’t necessarily going to be welcomed by them.”

Lupo was given as an early Christmas present by Kate Middleton‘s parents in 2011 after he was bred from their family dog, Ella.