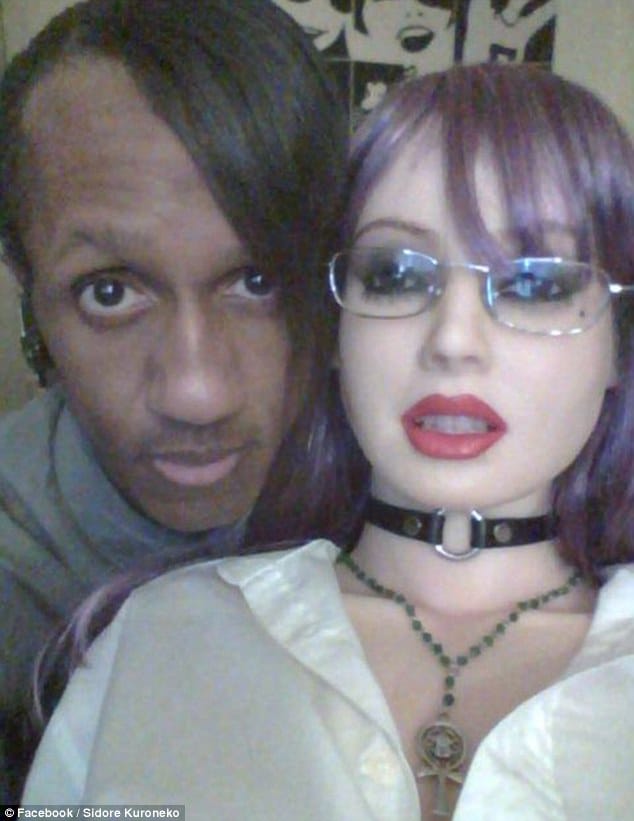 40 year old Davecat, as he likes to call himself, unlike most heterosexual men has no real affinity for organic women (as he prefers to call them) instead he has gone on to marry a synthetic doll. Making matters spicier is that Davecat also now keeps another synthetic doll around as his mistress.

In coming to prefer his new wife, a synthetic doll, whom Davecat has called Sidore Kuroneko along with another doll as his mistress, Elena Vostrikova, Davecat opines he has come to find the best of all worlds.

The dolls he explains will never cheat or ever end the relationship (unless of course Davecat does) and are always loyal to only him.

Davecat also goes on to mention that his ‘girlfriends’ never row, they never stand him up and naturally he finds them more easy going than ‘organic’ human beings.

Davecat is part of what the atlantic goes on to note is part of a group of people called iDollators or technosexuals who are attracted to robots and can have fulfilling, meaningful relationships with them.

And to prove how much he loves both his wife and mistress, Davecat and his ‘brides’ have matching wedding bands that say:

‘Synthetik love lasts forever’ and he lavishes them with attention just like a regular husband and wife.

But it gets better. Davecat has also created back stories for both his women. He tells himself that he met Sidore in a goth club in 2000 and Elena saw him in a TV documentary and moved from Russia to be with him.

The reality though is that Davecat bought both his brides  for $6,000 each from Abyss Creations, one of the world’s leading manufacturers of RealDolls.

All three now live together in Davecat’s modest one-bedroom apartment in Michigan.

In fact, things have gone so well that Sidore and Elena are now girlfriends, Davecat goes on to tell the atlantic, but they are also bisexual (naturally) so still want to pleasure him when he gets home.

Davecat, who calls himself a ‘doll husband,’ admitted that even though he bought the dolls 70 per cent for sex, the other 30 per cent was about companionship.

Tells our collective hero: ‘A friend of mine just got divorced after 17 years of marriage.’

‘That’s an enormous investment of time, money, and emotion, and I’m not interested in having someone in my life who may bail at any time, or who transforms into someone unpleasant.

‘Ultimately, getting romantically involved with an organic woman doesn’t seem worth it to me.’

Davecat goes on to tell that his real life experience of real life relationships was the reason he now prefers the dolls, which are made of platinum-soft silicone, stand about 5’1” tall and weigh  78 lbs. 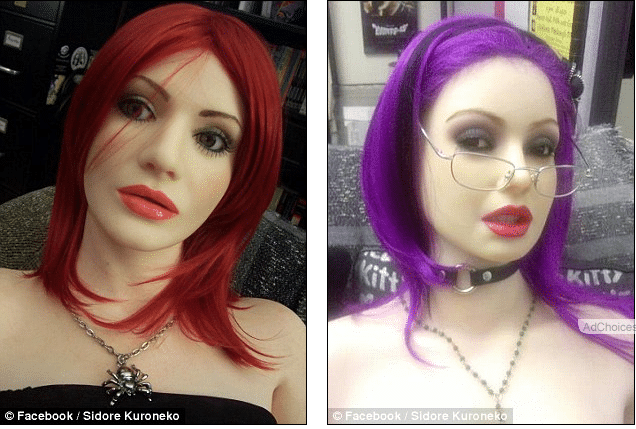 Perhaps despairingly Davecat goes on to tell how for a brief time he was seeing an ‘organic’ woman but soon tired of that situation as she was not always available to meet with him.

Thought Davecat to  himself: ‘Why am I wasting my time trying to get her to hang out and be romantically involved with me, when I have a Doll who is in love with me at home?’

Unfortunately Davecat’s dolls cannot do everything that a real life person can do.

He cannot take the dolls with him when he goes out, for example, as he knows that others might ‘raise more than a few eyebrows.’

Explains Davecat: ‘Also, I wouldn’t want to put either myself or whichever synthetic lass I’d have with me in danger.’

‘I don’t trust random people enough to think we wouldn’t be verbally or physically attacked. People have a long and sordid history of being violent toward that which they don’t understand.’

In reacting to arguments that he objectifies women, Davecat argues the contrary, that he actually ‘personifies’ objects instead.

Yet what makes Davecat perhaps even mo is his unrelenting stand on his doll’s rights.

Tells Davecat: ‘I don’t just consider myself an advocate for synthetic love, but for treating synthetic humans with as much respect, if not more, than organic humans.

‘Referring to a synthetic as a “thing,” or a Doll as a “sex toy,” is demeaning and unimaginative.’

Naturally like any relationship, there has been the odd setback or two, case in point, Sidore, Davecat’s wife is now on her third body due to wear and tear. Can anyone guess where and how the wear and tear came from?

Nevertheless Davecat is committed to his intimate love triangle and like you and me seeks to be happily ever in love. At almost any cost…

Seattle shooting suspect manhunt as one dead, 7 injured including 9...