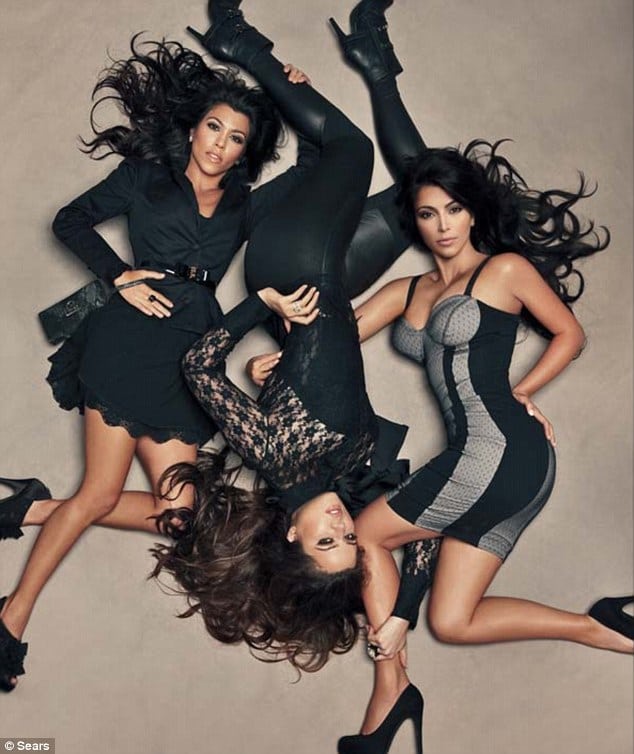 Drastic mark downs at one Los Angeles Sears store (as low as $9.99) hoping to move inventory has been largely overlooked by shoppers which has caused some to wonder if the Kardashian clan’s popularity has waned.

First launched in 2011, their affordable fashion line sought to take advantage of their large hype and ever going presence in the media with stores opening here in the US, UK and now slated for Australia.

One reason the slight is thought to be the result of the recent fracas involving Khloe Kardashian and her husband Lamar Odom who has been widely reported to be on another out of control crack cocaine binge. This time holed up with crack whores and the like (never mind the couple’s four year anniversary). Hardly the most enthusiastic image one can aspire to.

Perhaps under pressure to disassociate herself, Khloe Kardashian has now been reluctant to publicly associate her name with that of her beleagured husband.

Told a source  to radaronline recently of pimp momma, Kris Jenner who has been instrumental in orchestrating the Kardashian clan namesake:

‘[She] fiercely protects the Kardashian brand name and empire and to now have it associated with a drug problem, to her, it’s unacceptable.’

Not helping matters was the vast weight gain Kim Kardashian experienced during her pregnancy which saw the media for better or worse pummeling the reality starlet who suddenly was at odds with her high gilded image.

The starlet has since desperately sought to stem her waning popularity by showing off cropped photos of her purportedly losing new weight  (yes reality stars are not allowed to live real lives and must instead take off pregnancy weight gains in eight minutes less one’s belief system in the indefatigable is shattered) as well as changing the color of her hair to blonde.

Also not helping matters are the latest antics of Kim Kardashian’s partner, Kanye West with whom the pair share a child out of wedlock, something that middle America may frown on. The reality starlet’s eventual divorce to Kris Humphries after only 72 days of marriage, although successfully navigated by the Kardashian clan at the time (Kris Jenner knows better than you bixches) hardly bodes well for any future marriage dates.

Nevertheless while the Kardashian Kollection seems to have lost its pulling power at Sears, loyal fans are said to continue to support the brand, which includes jewellery, handbags and lingerie.

Anna Morfidis of StyleSpies, writes: ‘Is everyone still into the [Kardashian’s] fashion as I am? I am ashamed to say it, but yes.

‘I love to watch their silly show just so I can see who they are rocking, what patterns and trends they are mixing and best of all, what items from their line are they wearing!

‘At least from me and my friends to check out the Kardashian clothing line. I have always been one to never spend a fortune on clothes, especially on trendy pieces that I know will be sitting on the bottom of my closet unwanted next season. So their collection is perfect!’

The UK’s dailymail goes on to note that Sears has declined to comment after repeated requests regarding sales of the Kardashian Kollection. Can anyone guess why?