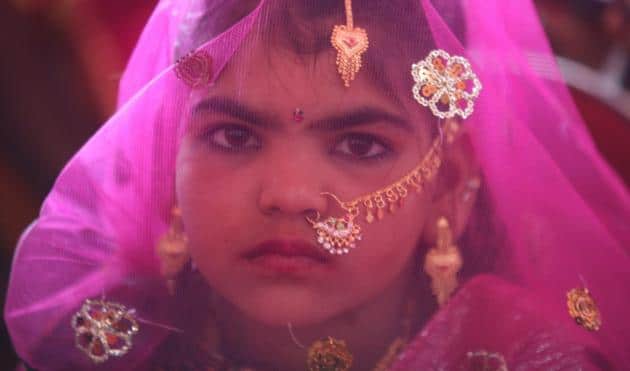 International Day of the Girl Child designated. But child brides as young as five still flourish.

An eight year old Yemeni child bride has died after her forced marriage was consummated of internal bleeding.

The girl, identified as Rawan died in the tribal area of Hadh in rural northwestern Yemen after her 40 year old husband took her on their wedding night.

Activists have since reacted and have since sought the arrest of the girl’s family as well as that of the 40 year old groom.

It is hoped that an arrest can lead to the continuing disparaging situation of forced child brides to men often considerably older than them.

One blogger, ‘Angry Man’ went on to post that that the groom was ‘an animal who deserved to be punished severely for his crime.’

‘All those who supported such a crime should also be punished.’

Another blogger offered: ‘Rawan’s family members are not humans. They do not deserve to have children.’

Yet other bloggers have sought a more conciliatory tone.

Blogged ‘Sad‘: ‘Her family and her groom could have waited for some time before having this marriage,’

‘It was not fair at all and the marriage should not have happened even if some tribes believe that it is a good custom.’

The practice of forced child brides is endemic in the impoverished region as poor families seek to take in ‘bride prices,’ for their daughters. Perhaps underscoring the view that a woman’s value is often prefaced on her commoditization and usefulness in extending benefits or added value to her immediate family, which may lead many to wonder about the moral quandaries of such practices.

Emboldening the practice is the belief that a young bride can be shaped into an obedient wife, bear more children and be kept away from temptation.

The recent death of the girl has once again inflamed international rights groups who seek to pressure the government to outlaw child marriages.

The UK’s dailymail goes on to note in a report compiled in 2010 by the Social Affairs Ministry that up to a quarter of Yemen’s females marry before age 15.

Yemen once set 15 as the minimum age for marriage, but parliament annulled that law in the 1990s, saying parents should decide when a daughter marries, or perhaps not….