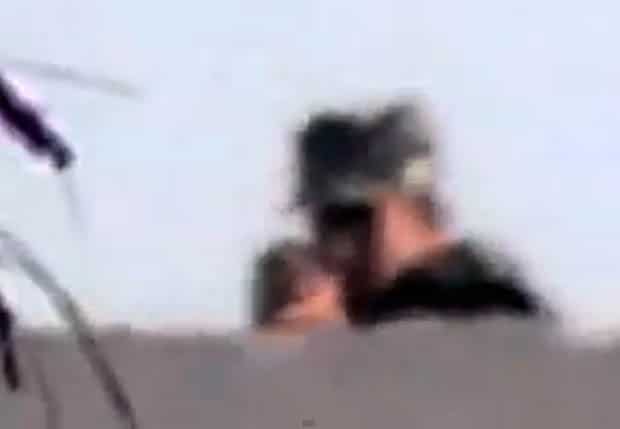 Video: Islamic mob throw teenager off Egyptian ledge before beating him to death.

Is this the video showing the rape of Dutch Journalist in Egypt?

In what has ended up becoming sensational footage and gone on to further accentuate the banality and the severity of the conflict in Egypt, one Egyptian cameraman, Ahmed Samir Assem went on to supposedly capture his own recent death on camera after being fired upon. This whilst on assignment as a videographer for  Egypt’s Al-Horia Wa Al-Adala newspaper.

It all happened whilst the cameraman was purportedly recording images of soldiers firing on a crowd, supporters of deposed President Mohamed Morsi, who had gathered outside a Republican Guard building. In total the army managed to indiscriminately kill 51 individuals, including that of Ahmed Samir Assem.

Exactly what happened to initiate Monday’s slaughter is a matter of contention. Morsi supporters say the military opened fire on peaceful protesters, while the military says demonstrators were storming its building. Regardless, the Muslim Brotherhood has begun using this video as evidence that snipers on the roof were firing on innocents.

Some of Assem’s colleagues went on to confirm his death to the Daily Telegraph:

“At around 6am, a man came into the media centre with a camera covered in blood and told us that one of our colleagues had been injured,” said Ahmed Abu Zeid, the culture editor of Mr Assem’s newspaper, who was working from a facility set up next to the Rabaa al-Adawiya mosque, about a mile away.

“Around an hour later, I received news that Ahmed had been shot by a sniper in the forehead while filming or taking pictures on top of the buildings around the incident.”

The Telegraph says it couldn’t obtain a physical copy of Ahmed Samir Assem‘s video for itself, calling into question the above clip’s legitimacy. But the videographer’s brother said the 20 minutes of footage Assem obtained before his death yesterday did indeed end like the clip above, with “a soldier shooting demonstrators from a roof. The soldier then turned his gun towards Mr Assem and the film suddenly went dead.”

The atlanticwire goes on to offer the following as well: However, on Wednesday morning, an Egyptian prosecutor ordered the arrest of several Mulsim Brotherhood leaders on the charge of “inciting violence” before and after Monday’s incident. An MB spokesperson said the accused leaders have not been arrested, and this is merely an attempt by the government to breakup an otherwise peaceful protest.

According to the Foreign Ministry, former president Mohammed Morsi has not been arrested or charged with any crimes, but is being held in a “safe place” for his own protection.

Whether in the end the cameraman was indeed shot dead by the army or not, or whether the video image above is the man moments just before his death is almost of no consequence. What matters perhaps more is that he was said to be a representative of the press and somehow the death or the violation of a press agent at the hands of oppressive forces means more than the violation or death of a local, something that Muslim Brotherhood has become viscerally aware of as it now turns to media co op the latest banality. Who can guess what the end game in this surreal landscape will actually be…?