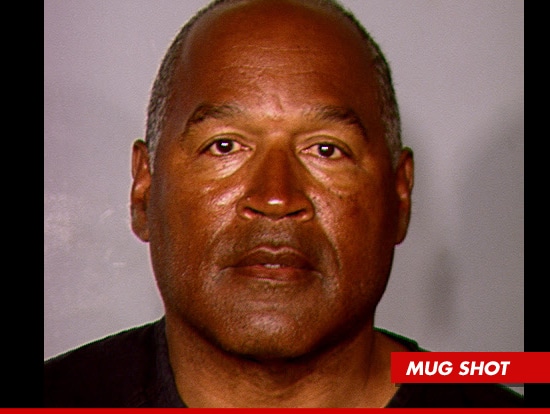 As the pictures reveal OJ Simpson has undergone some interesting changes since we last saw him sheepishly beaming at us in front of our television sets.

Along with new jowls, grey hair and a visible rounder face and a hefty paunch our former collective hero may have caused some of you to gasp to wonder whatever happened to the man that once seemed invincible and a perpetual legend. Yes I know football heroes are human too. Sometimes.

It may just be prison life isn’t really doing OJ too many favors or maybe OJ just giving up a touch on life.

Either way he’s currently serving a 9-33 year sentence for a botched hold up which some say is karma for the murder of his former wife Nicole Brown Simpson who many to this day wonder if he was responsible for.

Smile OJ, you’re back in front of America and sadly you’re looking a little less for wear. Can anyone guess why…? 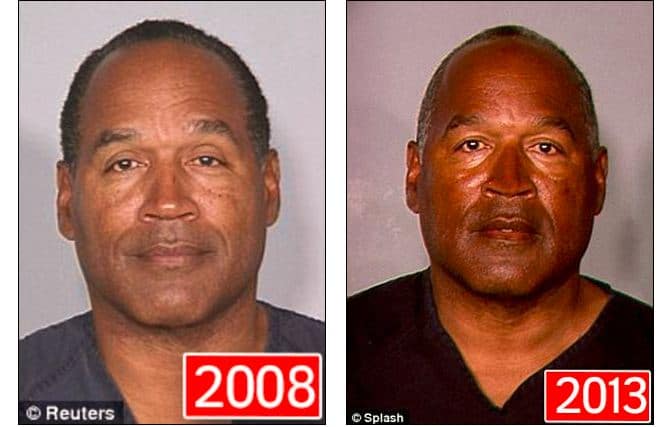 OJ Simpson will soon be a sleazy miniseries on FOX.

OJ Simpson said to be shopping knife he used to kill Nicole Brown Simpson and Ronald Goldman for $5 million.