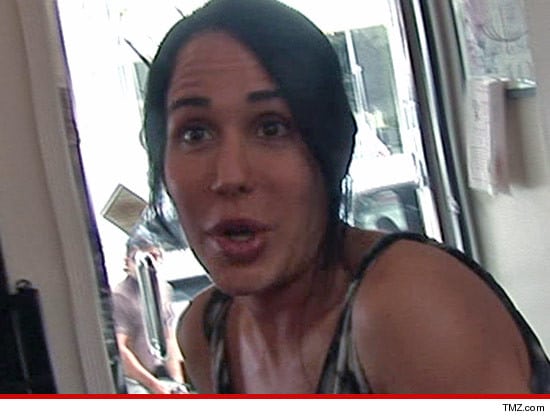 Octomom has a lot on her hands after all.

But things got a smidgen hairy for our fav mother after her 7 year old child (one of 14, yes who can manage?) went missing and caused Octomom to temporarily go into panic mode.

tmz: Cops were called to Octomom’s L.A. home Thursday … after she called her 7-year-old son’s school panicking that he had gone missing … TMZ has learned.

Long story short … Octo was convinced her child was NOT dropped off by the school bus at the usual time … and freaked out in a desperate effort to locate her boy.

School officials were confused … since the bus driver said he personally witnessed Octomom greet the child when he was dropped off at Octo’s home.

School officials contacted police because they were concerned about the situation. Cops responded to the home … but by the time they arrived, Octo’s nanny had already discovered the boy sleeping in his room where he usually takes naps after school.

Oh dear, poor Octomom. If only the world could be spare you a moment’s slack.

Oh really? Octomom Nadya Suleman is back on welfare.

Octomom backs out of topless strip club gig after threats.

Octomom Is Back And Nearly Naked.

Octomom Nadya Suleman Refuses $500,000 to Star in an Adult Film Despite Financial Woes