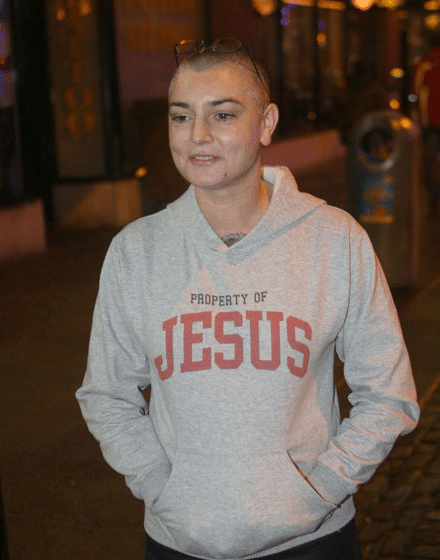 Who will save Sinead if she can not save herself? Even superheroes have down days…

Kids, just when you thought your misery was of the overladen type comes the gold ribbon misery of Sinead O’Connor who is of the opinion that her dose of misery is of the highest calibre. Don’t believe her? Let’s all tip toe to the bathroom and look for the largest container of pills to overdose on. Sinead will lead you forthwith…

dailymail.co.uk: Despite reuniting with her new husband recently, it seems Sinead O’Connor is far from being happy.

Taking to the social networking site, the mother-of-four claimed that she was in ‘danger’ if she didn’t receive medicine immediately.

She needn’t have bothered cause she got her hands on some and promptly attempted to kill herself. This being 2 days after she broke her ankle. This of course led her being promptly escorted back to hospital. Does anyone get the drift that life isn’t going too well for Sinead?

What then follows were a volley of tweets sent to 5422 followers asking them if any of them knew of any shrinks in Ireland. The only problem being she was still in Los Angeles. 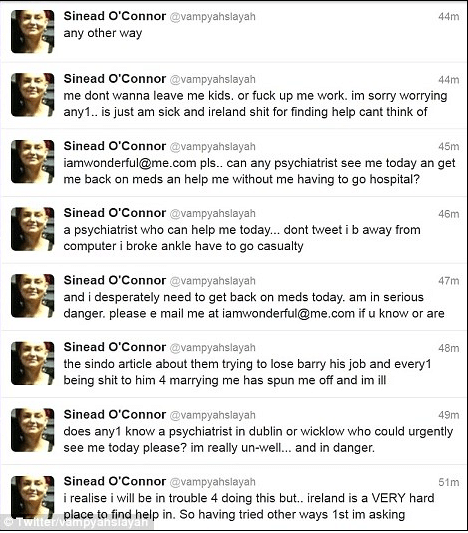 Apparently the self imposed demise began pursuant to a heated exchange Sinead O’Connor had with an Irish Independent journalist, Niamh Horan who challenged her husband’s ability to maintain a job as a drugs councilor, take drugs and have his mug on the front pages all at the same time. Apparently Sinead who had recently gotten back together with her new bixch took offense to the journalist’s ramblings.

Of course being a journalist myself I make it a practice to tell all celebrities and faux socialites who read my musings on them not to take what I have to say on them all too seriously and if they must commit suicide pursuant to something that I have written if they could kindly inform me when and where they intend to do their head in so I can drop by with the house photographer.

Following the disturbing tweets in September, O’Connor spoke out about her suicidal thoughts.

‘I have no shame around the fact that I can be shot into suicidal feelings by certain people’s treatment of me,’ she said.

Which might be a good sign that Sinead is acknowleding her condition and seeking reconstitution , But then just as quickly Sinead O’Connor changed her tack:

‘me dont wanna leave me kids. or f**k up me work. im sorry worrying any1.. is just am sick and ireland s**t for finding help cant think of any other way,’ she wrote.

The singer, who admitted that she attempted suicide on her 33rd birthday 11 years ago, recently split from and then reunited with her fourth husband Barry Herridge.

One day when we least expect it, but perhaps that day is way behind us, we will all wake up to the horrid news that once again Sinead couldn’t bear herself and decided to once again go the distance. Then again perhaps one could say the same about oneself if you met them at the most arduous moment in their life. Then again it seems Sinead O’Connor has been having quite a few of those back to back. I hope someone remembers to give me an advance warning so I can turn up with the house photographer when Sinead decides once again to pull the plug, but personally I would rather see her see the journey through. After all we’re all human trying to make sense with the sometimes diabolical feelings that run through us….

Sinead O’Connor had no idea she was marrying a crackhead. 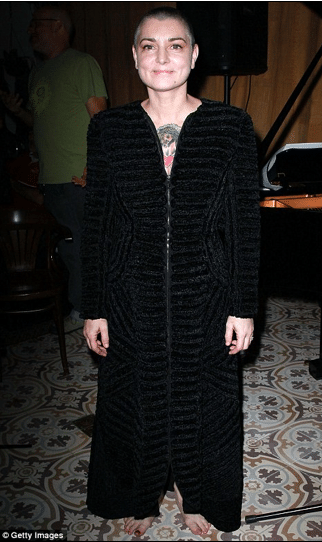