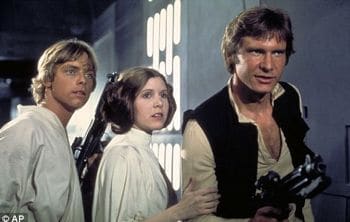 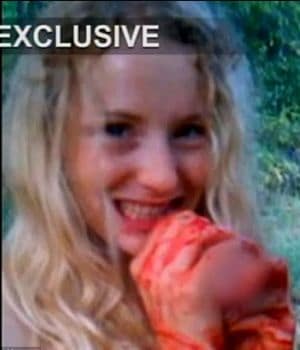 For those of you brave enough to see the undoctored images you can click here- but you have been warned the images are extremely graphic.

She’s received death threats since the story first broke and now the 21-year-old girl whom along with her boyfriend took the sickening photos of her drenched head to toe in the animal’s carcass and blood reveals she did it because she wanted to be like Luke Skywalker.

When the story first broke Jasha Lottin said she climbed inside the horse because she wanted to be one with the horse, but now she’s coming out and saying that she was inspired by a scene in the Star Wars trilogy in which Hans Solo opens up an animal with his light saber and placed Luke Skywalker inside the animal. So much for fantasy…

dailymail.co.uk: This was due to Luke freezing to death in cold weather. Ms Lottin said there was nothing religious about what she did and didn’t intend to offend anyone.

The pictures prompted a police investigation though they did not bring any criminal charges against the couple.

No police charges because no one could have imagined in their wildest dreams that someone would want to get inside a dead horse. But then again who are we as the public to tell a young woman who wants to revel in anointing herself in the bile of a once alive animal, unless that is she or others like aim to make this a future sport?

As for the deceased horse who was put down to put it out of its misery (if only one could gauge the animal’s response had it known what was to be done with it immediately after it was put down) it was soon after harvested and consumed by the girl’s family who then retorted how surprisingly delicious the horse was. Indeed…