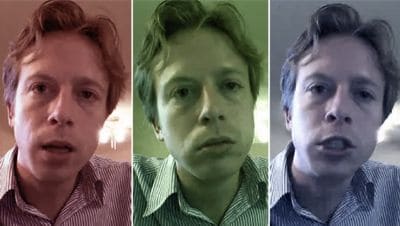 Before I get on with this story I should make the caveat that Mr Barrett Brown and I were once for a very brief period room mates before he suddenly hightailed it back to Texas (we were kicked out for failing to pay the rent). The rest of him being a heroin user is neither here nor there (although from memory I did help him one morning shoot the bitxh up cause he couldn’t find the right working vein) but if anything may serve to enunciate the bizarre drama of the current case at hand. I will add though for the record he was always scheming about underground movements and picking fights with right wing political figures that would leave both of us amused late into the evening.

That said it seems Mr Brown may be the one with the last laugh pursuant to him and fellow Anonymous associate, Gregg Housh scoring a lucrative six figure book deal (who knew writers could still make a living?) in anticipation of a collaborative effort tentatively titled: Anonymous: Tales From Inside The Accidental Cyberwar, with Amazon, where they will write about as their roles as visible spokespersons for the hacking group, Anonymous that has brought down many corporate web sites and has now purportedly forced the hand of a major Mexican drug cartel.

First beginning to work with the group in early 2010 he was pivotal in helping to bring revolt in the mid east and Wikileaks and it may well be true to assert his association with the covert operation led to the fall of the Tunisian government (not bad for someone with a heroin fix and a lot of spare time on their hands).

Other missions that brought the group to prominence included jaunts to bring down Mastercard’s servers after they refused to process receipts intended for Julian Assange the said Australian fugitive. Bringing down servers revolved around the concept of driving fast surges of traffic to perceived enemy websites effectively knocking their servers out of commission and the entity off site. Coincidentally one of the sites, Amazon, that Mr Brown and his collective tried to bring down (because they booted Wikileaks off their servers) now happens to be the same entity that has now offered him a large advance to write about the Anonymous experience.

But being the face of Anonymous hasn’t always been smooth sailing for Mr Brown who earlier this year dissociated himself with the group after their attack on Sony’s Playstation network ( I guess we’ll have to read about that in the book).

But that all changed when Mr Brown threatened to expose the names of members of one drug cartel, Zetas after they abducted an Anonymous member in Mexico. In the end the cartel relented and the hostage was released, yet to date rumors persist that the whole thing never existed in the first place and that it was all an elaborate hoax on behalf of Mr Brown who coincidentally at the same time was shopping a book proposal which led to Amazon offering him a large sum of money.

As for the current members of Anonymous it is said that they’re not necessarily happy to have Mr Brown among their midst once again (sell out anybody?) but one can harbor a guess going forward Mr Brown will now have some spare cash to make sure his rent is paid on time among other things should he choose to indulge himself in.

Charles Krauthammer makes it on our list of top failures.

Rick Sanchez asks Sen. Ensign about the woman he fucked