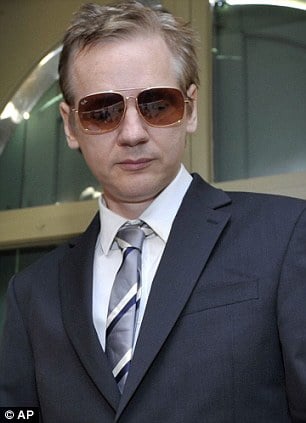 How to catch a terrorist hack or so it goes…

Reports coming out of the British press has it that renegade founder of Wikileaks, Julian Assange responsible for revealing secret dialogues and communiques that have sent diplomatic shock waves across the world may agree to meet with British police surrounding an alleged rape that he has supposed to have an enacted. An assertion that Mr Assange until now has stringently denied or for that matter wish to discuss as he has attempted to shift focus on Western states perceived egregious behavior.

With Mr Assange proving to be a resilient thorn in the establishment this may serve to be welcome news, assuming he hasn’t left a few more secrets under the table…

Yesterday police in Britain finally took receipt of the correct paperwork for a European Arrest Warrant issued by Sweden, where Mr Assange is wanted for questioning over rape allegations.

Mark Stephens, the London-based lawyer who represents Mr Assange, 38, told BBC News last night: ‘Late this afternoon after close of business I got a call from the police who said that they had received an extradition request from Sweden.

‘Their request is to interview Julian Assange. He’s not been charged with anything.

With the mounting difficulties facing Mr Assange it seems he has decided that this may be the most sensible course to deflect recent atrophy from various supporters of late who until recently were maintaining his ability to operate. With the recent declaration from paypal over the weekend that they would no longer transmit funds (possibly the result of political pressure by the US government who have every incentive to shut Mr Assange down) that have kept him and his operation alive, and the recent freezing of his accounts by Swiss Post Office Bank- PostFinance the noose strings are starting to get tighter and Mr Assange is now being forced to reckon with the negative fallout of his campaign and the media’s relentless hounding.

It came as WikiLeaks faced a furious backlash last night over the ‘criminal’ publication of a secret list of sensitive UK sites that could be targeted by terrorists.

The whistle blowing website sparked unprecedented anger by revealing a classified catalogue of installations including defence plants, satellite facilities and undersea cables in Britain. They were among hundreds of key industries and infrastructure identified across the world that Washington believes is vital to its national security.

With the establishment at its wits end to put a stop to communiques that it would rather keep a secret (arguably for our national security as well as one may ponder their own security as well…), Western states have been