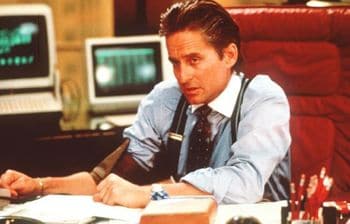 This is not even a kind suggestion, this is a warning…

CNBC has just come out with an article whereby it is said that ‘several Goldman Sachs employees are best ‘advised’ (whatever that word covertly means…) to stay clear from the Occupy Wall st protests taking place in Zuccotti Park, downtown NYC.

With Goldman’s offices a scant 1000 yards from the epicenter of the protests the leak certainly raises eyebrows as to the directive of management.

Perhaps on one level it is an innocent assertion to keep Goldman  employees fresh and free of any potential entanglement with any protesters (to my knowledge no trader or broker has been sneered or physically provoked during the 4 and half weeks of protests).

On another level perhaps it’s an attempt to dissuade employees from fraternizing with the protesters for fear that employees may suddenly return from lunch as fervent anti capitalists and tainted Lennists. Although one could also be tempted to think it’s managements attempts to put their foot down and draw a distinct line between ‘it is us versus the rest of the world- ie the 99%’

According to the report as is the ultimatum, recommendation is simply a suggestion, albeit one employee retorted:

Which is albeit another way of saying that the high brass is suddenly feeling the heat and on some level the protesters have suddenly started to affect the cool impassioned machine that for the longest time has learned to ignore what most common people think of them. Who knows where this will all lead to, but certainly it portends the notion that wall st executives have no intent to give in to the protesters demands and will continue to play the card- ‘it’s just the market stupid.’ Which on some level begs the question who ultimately is really stupid….

A spokesman for Goldman unsurprisingly has declined to comment- perhaps reporters are to be avoided as well?

Occupation Wall St: Week 4. What they don’t want you to find out…

Finally America begins to revolt against the moneyed classes. But will the rebellion actually lead to any changes?

So you say you want a Revolution…