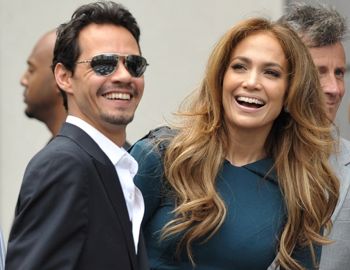 The streams of tears are rolling down our collective faces. If it only the thing called love could have lasted forever.

In a public statement released to the press this afternoon (what better way to get it out there) the couple had this to say:

usmag: “We have decided to end our marriage. This was a very difficult decision. We have come to an amicable conclusion on all matters,” they said in a statement. “It is a painful time for all involved, and we appreciate the respect of our privacy at this time.”

But before you start stomping at your bedroom poster walls perhaps a quite reflection of how these two hawt bixches made it into our collective consciousness may be served.

Friends for years, Lopez and Anthony dated briefly in the 1990s. They stepped out again as a couple in early 2004, shortly after Lopez’s broken engagement from Ben Affleck, and in the midst of Anthony’s divorce from first wife, former Miss Universe Dayanara Torres. They wed at a quiet home wedding in June 2004.

Oh drats. He dumped Ms Universe for JLo and she dumped a B rated actor for the stud. What a nearly perfect match in heaven kids.

Just last year, they renewed their wedding vows for their sixth anniversary at their Hidden Hills, Calif. estate June 5. “We realized the bets in Vegas [on whether we’d make it] stopped at five years,” Anthony joked to Us at the time. (The duo also renewed their vows in 2008, and playfully dirty-danced together at Us Weekly’s Hot Hollywood bash in April 2010.)

And now we can all watch this video duet below and choke up together. Love. It’s a bixch!

And as recently as January, singer, actress and American Idol judge Lopez gushed on the Ellen DeGeneres Show about being a parent with Anthony. “As soon as I had the babies, I thought to myself, ‘I want to do this a thousand more times…I love this. This is life.”

Oh dear what isn’t there to love about being alive, a celebrity, a media whore, a hawt love icon, a hawt product of every publicist’s wet dream, tabloid publisher’s wet dream except that is your own wet dream. But anyway, at least the charade love parade lasted 7 years and life and the circus act called celebrity will as soon as its retro fitted to a new gutter filter will once again resume its journey into our collective hearts.

Sorry JLo and hawt stud it didn’t work out this time, but at least the tears will be diamond crusted, and signed carefully by the divorce vultures lawyers.