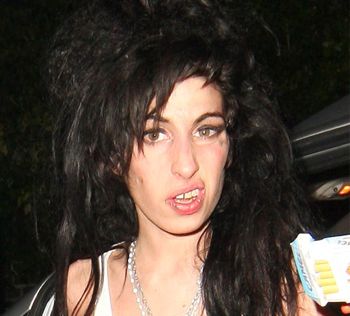 Troubled star Amy Winehouse observed to have bought a lethal mix of Special K, ecstasy and cocaine the night prior to her death.

Media reports are beginning to surface that troubled singer and starlet Amy Winehouse who had had a fractious relationship with drugs and alcohol was found dead at approximately at 4pm at her Camden, North London home.

At present no conclusive evidence has been offered as to how Ms Winehouse died, but perhaps one could argue that the performer who had been making trips in and out of rehab was not doing too well was when she recently performed in Belgrade, Serbia, one of her final concerts.

At the time it was said that Ms Winehouse was vague, absent from stage during periods of sets, obviously drunk and high, to the point she had even forgotten her lines. This had resulted in her being booed and across the board being panned by the media.

Of course on some level, being panned was part of the Amy Winehouse mystique. Perversely it added to the singer’s credibility and allure as a bonafide temptress who was too talented and perhaps too acutely aware of the world around her, and who on some level reveled at going against the grain. Something that added to her allure and intrigue despite constant reports of being in trouble.

In her death perhaps what most of us will miss is the extremely talented energy, persona of a young woman who soulfully sang about her existential woes. A young woman from the wrong side of the tracks who for a moment ended up on the right side of the tracks, but perhaps with her death she will forever be immortalized and regaled to a higher level than she could have ever imagined whilst alive. If only Amy had held on….

I cheated myself, like I knew I would, I told you, I was trouble you know I’m no good.

Oh Amy, what did you go and do…? You will be missed the world over…

AMY WINEHOUSE IS BACK AT THE CRACK HOUSE— SORRY, WE MEAN HOSPITAL.

IT’S CONFIRMED- THE WORLD CAN SLEEP TIGHT NOW THAT AMY WINEHOUSE AND HER DAD LIKE HER NEW BOOBS.

IF ONLY AMY WINEHOUSE COULD SING CUTE POPSICLE SONGS….YOU’D LIKE HER MORE?