And inevitably this is where it all had to end…

It must be one of the hardest things in the world to do, attending to the funeral of your child, but that is what Mitch and Janis Winehouse amongst close friends and family had to contend with today as their daughter, Amy Winehouse was laid to rest in North London.

As he woefully reflected on his daughter, telling stories about her childhood, he finally paused before telling her, as if she were there alive amongst those who had come to grieve: “Goodnight, my angel. Sleet tight.”

From there the media went busy to work as this event had come to epitomize the last giddy installment of a celebrity gone wild, taking pictures of many notables who had come for the funeral. From Kelly Osbourne, who was said to be lost and inconsolable, Mark Ronson, who called her his spiritual musical soulmate, Bryan Adams, her recent on and off boyfriend Reg Traviss who now declared he loved her very very much (ironic as Ms Winehouse’s despondency over their recent break up drove her over the edge) and that of Dionne Bromfield, Amy’s 15 year old goddaughter whom she had last performed with this Wednesday past and whom  was now fighting back the tears.

One could only wonder what Amy Winehouse would think were she alive to witness the overwhelming outpouring of convivial love and ardent loss. Could one dare wonder herself admonishing herself for having taking her self exploits to the level she had? Could one imagine the bitter tears only all too late of how much this princess was so ardently loved and missed despite her persistent self loathing? But that is the irony of being and loving, and of being a celebrity who is always by virtue of their public persona held accountable to an identity that not even they can reckon with. 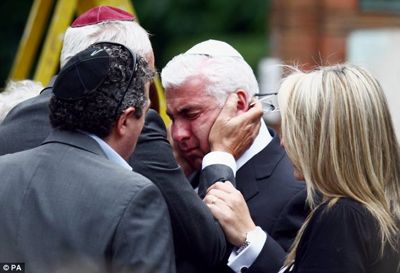