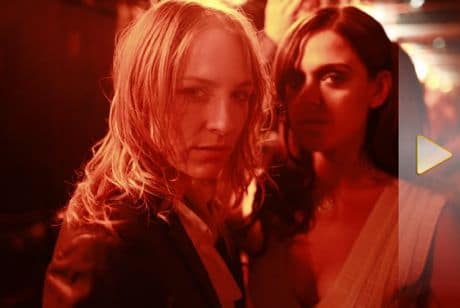 VWD: Let’s just say I have a presence in the city, but yes I have my own fashion line- ‘Unstoppable.’ So I’m very excited this has been able to come to me.

SCV: The film is about a chance meeting between a sultry tomboy character and that of a high society girl who fall hard for each other? Fall for each other, when they shouldn’t be falling for each other…

SCV: How did you go about making this film?

VW: That so many people lead double lives. They play one character for one context but behind closed doors they lead another. Or what one could argue is their real selves unmasked. I think there’s so much pressure to conform to what’s expected of oneself that ultimately this leads to this interesting dichotomy behind closed doors. But really in the end- I think so many people end up settling for second best.

SCV: Except in your short? 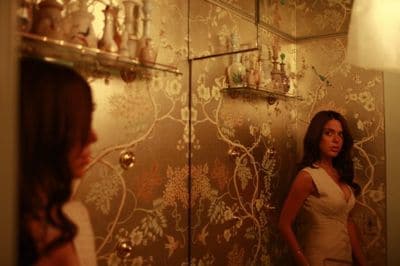 SCV:Tell me about the leads that you eventually ended up casting? There’s some high profile names there.

VW: I had a very definitive idea in my mind of what it would take to play the leads. In the case of Lena, the trophy wife played by Anastasia Ganias, as well  I had Jamie-Lynn Sigler play the part of Billie’s room mate and for the role of Billie it ended up being Mickey Sumner.

( for those who don’t know, Mickey Sumner happens to be Sting and Trudy‘s daughter).

SCV: Interesting. How did Mickey get involved?

VWD: I was hanging out with her and suddenly I had this idea that I should get her to role play for me and see if she could pull it off?

SCV: And did she?

VW: Let’s just say there was no confusion in my mind. I think at one stage I was surprised when Mickey announced in a girly voice after we wrapped shooting- ‘Yes, Voula- I’m really a girly girl.’

SCV: And the actual filming?

VWD: Seeing as this was a 17 minute short we only had 2 weeks to rehearse and a few days to actually shoot. So the timing had to be perfect. We ended up shooting the kiss scene downstairs at Kenmare. We had promised Nur Khan we’d be out of before 9pm and at that time Jamie Lyn was flying in from Los Angeles at 5pm- so you can only imagine the hysteria.

SCV: How do you perceive yourself as a writer or film maker?

VWD: I’m an ideas person. I like to explore myself and those themes that I find pertinent in different formats. Something hip, definitely edgy and suggestive.

SCV: Talking of suggestive, are you a good girl?

SCV: What is it about your characters that interest you?

VWD: Ultimately I’m interested in what makes people tick, the choices that they make and why they make those choices.

SCV: At the time when your short first came out, this time last year, your film got a lot of attention. Specifically there was one incident involving Hugh Grant. Can you tell me more about that? 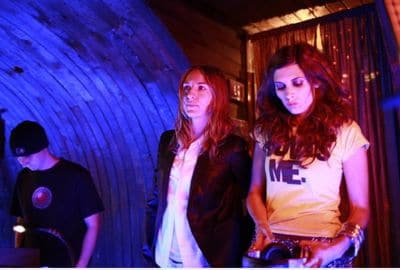