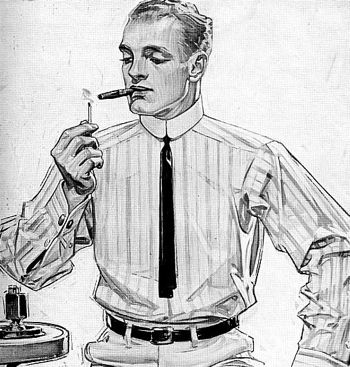 As most traditional definitions of manliness would no doubt suggest, few feelings (if any) could ever be less ‘manly’ than that which our editor has already termed, quite appropriately, as ‘existential woe.’ And, we hopefully good men could say, for good reason.

For it would seem surely that the prevailing stance — if you’ll forgive such a word — has long been that one’s manhood is to be essentially defined by his hardness, his unfeelingness, or toughness; his utter lack of capacity for anything resembling emotionality (excepting perhaps, those all too familiar feelings of greed and apathy).

Or to play the tough guy and put it even more bluntly: manliness as perceived by most definitions, is exactly the opposite of what Mr. Matlack so well enunciated as being critical to the “grounding in the truth of why we are here and what really matters in this world…” essential to our healthy self-understanding.

All of which is to say, cutting directly to the matter at hand: that manliness (at least for ‘good men’) is largely an existential question — a matter of confusion arising from a problem of perception. Explicitly, one of how we perceive ourselves in conflict with how we outwardly present ourselves. It is a matter of trying to grapple with our own internally constructed delusions that sometimes seem so necessary to being accepted by our peers or potential lovers in what commonly passes for contemporary society.

From childhood we’re we’re beseeched, by role models in the movies — and now by those frenemies so carefully monitoring our Facebook feeds — to represent ourselves as something we can never ‘really’ be, to put present ‘manly’ personalities as a kind of fictional entity.

This problem of representation began to affect me most personally near the end of my own extended adolescence, when I came to realize that my understanding of the American ideal of ‘manliness’ seems strikingly similar to the Italian notion of sprezzatura, that my ancestors would certainly have wrestled with.

First defined by the infamous courtier Baldassare Castiglione and reading like a codified a outline of what Hollywood would later push as the ideals of Bond film or James Dean masculinity, this particularly brutal form of dandified coolness is, for us, perhaps best defined by Wikipedia (what else?) as follows:

“a form of defensive irony: the ability to disguise what one really desires, feels, thinks, and means or intends behind a mask of apparent reticence and nonchalance.”

Taken this way, manliness could generally, if unknowingly, be defined as that very disconnect between actual reality, and the way we represent ourselves as ‘cool’ or manly. And the greater the disconnect, we could certainly say in our snarkier moments, the greater the manliness.

Viewing the men of my own generation (the Millenials, Gen Y, or whatever else the marketing strategists like to call them) it often seems as though it is this very dilemma that so many of us nonchalantly attack once we fall victim to that creeping form of cultural erosion lovingly disparaged as hipsterdom.