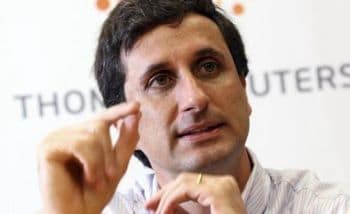 Ladies- do you fancy a date job with Bernardo Hees?

This morning Burger King’s CEO, Bernardo Hees has found himself in a public relations nightmare. What type of nightmare you wonder exactly? Let’s all find out…

dailymail.co.uk: The global boss of Burger King has had to apologise after branding British women unattractive and describing our country’s food as ‘terrible’.

The comments were made as Brazilian-born Bernardo Hees, 40, spoke to a group of U.S. students about the time he spent at the University of Warwick where he was studying for an MBA.

Explaining he was able to focus on his studies because of a lack of distractions, he told the audience in Chicago: ‘The food is terrible and the women are not very attractive.

Hmm- isn’t it good to know that Mr Hees was so overwhelmingly surrounded by so many unattractive women which one surmises allowed our collective hero to concentrate on getting ahead in his career.

Out of curiosity, how does he feel about American women and food?

‘Here in Chicago, the food is good and you are known for your good-looking women.’

But not everywoman is thrilled that Mr Hees finds American women attractive:

Charli Fritzner, women’s campaign officer at the University of Warwick, told The Observer: ‘If he views women as potential distractions in academia, I wonder how he views them in the workplace?

And what does our hero have to say about all this?

‘It… was intended as a humorous anecdote to connect with his audience.’

Ladies- shouldn’t you be applying for a job with Burger King soon, but please make an effort to catch Mr Hee’s eye- it might mean the difference between a job or not…