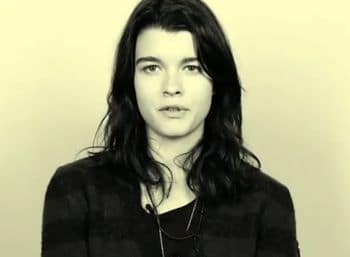 What does it mean to be plus sized anyway?

In a interview with a Ford blog Crystal Renn comes clean about her adventures, impressions and her immersion in the fashion world. From working with Chanel, Karl Lagerfeld and the things she was able to learn with the ex French Vogue Editor Carine Roitfield, Renn remarks with awe and inspiration as she reflects on those experiences.

Of course where the awe and inspiration goes out the window is when Renn reveals her frustration with public scrutiny of her weight and being labeled. Which on the surface strikes as fair, but if one looks at the body of work that has brought Ms Ren to national attention it is that very body of work where she is assumes the role of the plus size model who captivates us. So one level one is forced to wonder is Ms Ren complaining about the very thing that has brought her to prominence.

And then this: “I feel pressure from — more than anyplace — from the public, and the media. I think by placing a title on my head — which is Plus Size — and then the picture that these people have created in their mind about what plus size actually is — I basically fail you. I couldn’t possibly live up to that.”

But then isn’t that the allure and irony of fashion? That in the end nobody ever gets to live up to the ideals that the fashion world sets up for the consumers and society alike (unless of course eternal binge eating is your mantra). Who also can’t live up to the ideal are the models themselves who are used to portray these ideals.

Which raises the bigger question, when is the fashion industry eventually going to own up to the traps that it sets up for itself and the illusions that it absolutely believes against their better judgement are real?

THE CHANGING TIDE IN FASHION. WHAT’S GOING ON?