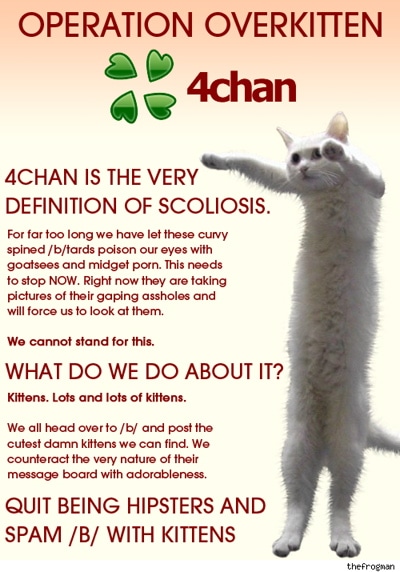 As Gawker, (our own rivals if you must know...) and others, have already noted, /b/ realizes, all too well, its own futility:

said one /b/tard, whose word can be called representative of the feelings of the hive-mind as a whole: Holy shit i can’t believe the amount of fail

Yet they’re going at it anyways. And we get the sense that despite all the fun they’re having, 4chan is only leading itself to slaughter.  After this all we’ll have left is the mule, the unpaid, but sterile, stupid workhouse of the internet: the microblogger.

Now go Tweet about it, you’ll only be adding to the problem.

The Best Designer Handbags to Treat Yourself This Winter

5G and the World