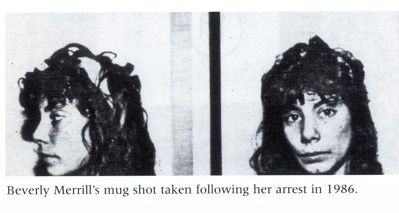 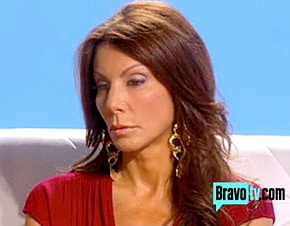 The apple cart that kept tipping into the abyss…

Boo hoo. Time to move back to NJ, your favorite NJ media whore– Danielle Staub is no longer no more, forever banished by the executives who put her into your life and now out of a job, little possums from as far as Red Bank, NJ are all whimpering and shuddering wondering what will become of the NJ media whore who went from one extreme to another…

Huffington Post:  Life & Style has exclusively learned that controversial Jersey girl Danielle Staub has not been asked to return for season three of the hit Bravo show The Real Housewives of New Jersey.

“Danielle was told that she would not be returning for a third season,” an insider reveals to Life & Style. In fact, Danielle’s finding out she was fired “came as a complete shock, and she thought she was definitely going to return to the successful Bravo series,” the insider continues.

Danielle is not only known for her vicious catfights on screen but also for her sex tape scandal, prostitution allegations, link to drugs and legal battles with other cast mates.

Oh my god, how dreadful right kids? What’s another night at home going to be like without your weekly Danielle Staub street brawl, sex and filthy show and confessions of a (supposedly) reformed louche? But fear not kids, Danny girl is not going down without a fight. That’s right, she’s now looking for an endorsement for a spin off on her tumultuous life aptly titled ” Snorting and Whoring.”

The insider reveals that Danielle is currently trying to generate interest in a spin-off reality series about her life. Danielle told Life & Style at her birthday party on Aug. 10 in NYC, “I don’t know if there are talks right now about a third season of the show, but I’m more excited about talks of my spin-off than anything else.”

Kids, I can hardly wait for the spin off, in the meantime I’m going to put on my Danny girl sex tape. Mmh, I wonder where I left my tissues…?

Danielle Staub wants you to understand she had no choice…

Is it a crime that the Housewives of NY make $6777 more per episode than their cronies in NJ?