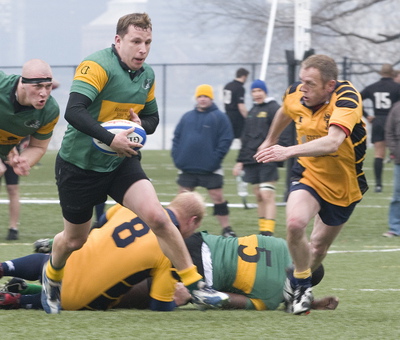 Meet the Gotham Knights rugby club. Gotham was founded by Scott Glaessgen, a gay EMT and amateur rugby player, and Mark Bingham. In 2000 they decided to try and start a NY rugby team modeled after the teams set up in San Francisco and Washington DC. Their dream was almost cut short when Mark Bingham was tragically killed in the Sept 11th attacks. The inspiration of Mark’s life brought much attention to the gay athletic community and a few months later, Gotham Knights was founded with a handful of scrappy athletes.

They have been playing in New York since 2002, and most recently, won their first ever IGRAB World Cup championship. What you do not know about them however is that the team comes with a mission-“To increase diversity within the sport of rugby football, Refute negative stereotypes, and create a welcoming and encouraging learning environment for new ruggers”. How do they do this?….By being one of a few rugby teams in the world with majority of the players being openly gay, and by majority I mean only 10-15 players out of 60 identify as straight.

I was given the opportunity to interview a few of the players, both straight and gay, not only on their opinions of the Gareth Thomas situation in Europe, (Gareth after releasing to his fans that he was gay was booed incestuously and as a consequence the opposing club was fined heavily) but their own experiences and lessons that they have learned within the Gotham Rugby Club.

SCV: Gareth Thomas, as you know, is an openly gay rugby player in Europe, who just recently came out. He said he felt “more a part of the team” when the other members began to rag on him about his own sexuality.

Gotham: We do the exact same thing. The banter does not stop hence our Captain (Joe Hunt) is called Captain Gay, even though he is a straight player. We have such a close bond, it doesn’t matter about the jokes, we are like brothers, and our bond cannot be broken by stupid acts…Especially when each other knows  that it is a joke.

SCV: Why is it that gay men are afraid to come out in sports like Rugby?

Gotham: Gay men are afraid to come out in any situation, and rugby is a sport where the best teams have strong chemistry and teamwork. I could see someone fearing that they would upset that. I could see that coming out might also appear to be a self-centered move, making things, for a moment, all about you, as opposed to giving up your ego for the group’s sake. But if your teammates are really your brothers-in-arms, after the initial shock they will support you. I would want any teammate of mine to be happy and feel free to be themselves. 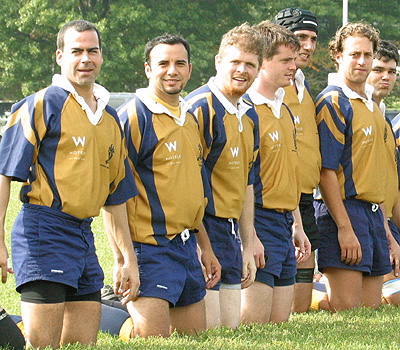