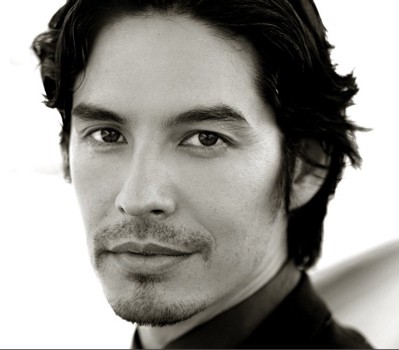 only 3% of actors support themselves acting every year.

And given how risk averse the industry is and how difficult it is to raise finance for quality, independent films (here we go with industry analysis and finance again), I’d say it’s extremely difficult for most to even dream of leaving a “legacy”.

I’d love to perform in some pieces that touched, moved or inspired others now and in the future. And until more of those opportunities keep crossing my path, I’m happy to simply entertain.

SCV: With the onslaught of reality shows and tabloid stars how much has it become incumbent for actors to almost replicate that model – say like Megan fox or Heidi Montag?

I hope not! Was Megan Fox a reality star?  It’s definitely a new path to a career in acting, but I hope it’s not incumbent upon actors to follow that route, or I may just quit and we’re all going to miss out on discovering so much talent.  (And there is so much undiscovered talent, I see it in class, plays, workshops and showcases all the time.)

SCV: As an Australian actor based in NYC, what are some of the discernible differences you see here vs abroad. Are there any Australian actors that you have been following in the States? Do you think being a foreigner gives you a leg up?

I started my full-time acting training in New York years ago, but I’m actually based in LA these days, and having never acted in Australia I’m not sure I’m qualified to answer this question.  Also, professionally I’m always speaking with an American accent, both during the audition process and on set in character, so many of the industry folk I’ve met wouldn’t even know that I’ve spent large portions of my life in Australia (and England).

Obviously, the US is a much bigger pond with far more opportunities than Australia allows for, and that’s why most of the big Aussie stars are over here.  There are so many talented Aussies doing well here… too many to list, but I admire Cate Blanchett the most, and she moved back to Sydney (and lives around the corner from where I grew up).

What might give me a leg up is that I can play so many different ethnicities.  So far I’ve played Jesus, Native Americans (5 times), white and ethnic US corporate dudes, Asian martial artists, Hispanic drunks, English & French charmers, dandy vampires, detectives, robbers, hit men, an Aztec, a doctor, a Japanese oil rig worker and an Aussie rock star.  Then again most successful, working actors develop their careers by being typecast, so I might be screwed.

SCV: What are some of the breaks you have been able to catch that landed you in LAX? 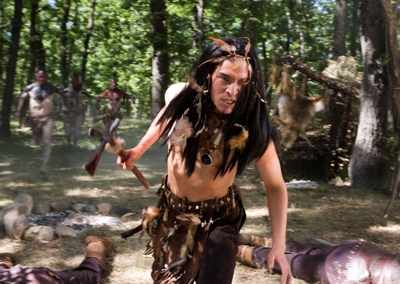