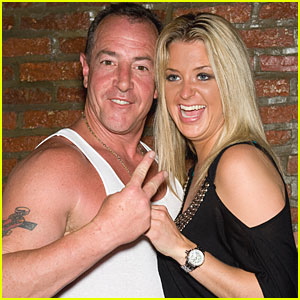 How to live off your daughter’s fame.

According to the NY Post this afternoon, media whore and distressed father of number one media whore in America- Lindsay Lohan is set to open a nightclub this summer in the Hamptons, Long Island, NY. The name of the nightclub- ‘Milk and Honey,’ sorry kids- just kiddin’ – ‘Controversy,’ is set to be a family business.

Michael has already asked his son to come and work with him, doing what isn’t exactly clear, but maybe drug courier might be a compelling idea.

Lohan said the nightclub will offer a driving service for customers too intoxicated to drive home and “screen for drugs” at the door. Lindsay Lohan is currently wearing a court-ordered alcohol-monitoring ankle bracelet, and Michael Lohan himself was charged with a DUI in 2005.

Lohan said he wants his 22-year-old son Michael to help manage the club, and said it could “become a family enterprise.”

In light of the fact that he wants his nightclub to become a family business- here’s our work day roster:

1/ Michael – Dad- cleaning the toilets and picking up all the empty cokey bags and occasionally twittering his daughter’s guest appearances.

2/ Dina- Mommy- Cocktail waitress doing lines with the clientile in the VIP section.

3/ Lilo- Resident media whore- and drug courier. She will of course have to wait until her scram device is removed before she makes runs to the local crack house.

4/ Lilo’s sister- Ali. Door bitch. Because she herself is under age she will work the door, with guest appearances from all of Lilo’s favorite Manhattan doormen.

5/ Lilo’s Brother- the quiet one of the bunch will be in charge of the till and bartending all of Lilo’s favorite recipes.

‘Controversy,’ – isn’t time you had one as well?