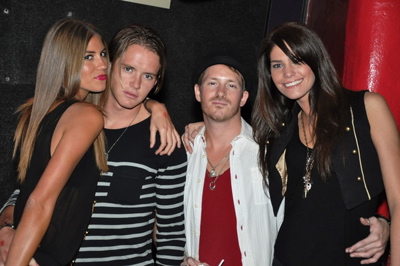 Weaving and ducking like a 7 year old (well in my mind…) I watch as attendees sans the highly testosterone energy one by now has come to recognize maddeningly fling key chains, baseballs, ping pong balls and whatever else you are allowed to pick up at skillets, colorful teddy bears (a couple of them seemed to even talk back it seems…). It’s at this time my worst fear comes true and I come across Julia the ringleader and her whip. I try insisting I’m not as misbehaved as I make out and deep down I’m a well meaning lad prone to occasional misbehavior. Nevertheless I still get whipped and for some strange reason there’s me liking it and Matt Assante rushing at me begging her to give me more.

Playing hard to get (if you can believe that…) I then turn the other cheek (pun attended) and follow Matt as he begins to introduce me to his crew. Well his crew is at this stage a few hundred deep and at this stage I don’t even bother to ask how he does it except to enjoy it and begin to get high fived by every living human being in a 20 foot radius. Somehow, I sense Matt wants me to feel welcomed. 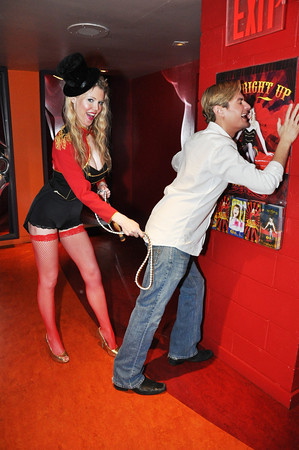 Around the room are people munching on savory snacks, rocking a steady beat to dj Steve Powers and the occasional high wire walker casually walking way above me. In a funny way it all reminds me of my childhood and even though I can make out Matt talking once again, and introducing me to another svelte Eastern Europeans ( I know you hate it too, right?) my eyes are firmly watching the ring leader because it’s one thing to have your derriere wacked by Matt and another by a 6’2 blonde with red stilettos and red garter belts that go past up just pass her thighs and a whip that travels quietly through the night.

Then suddenly just as it had begun, it somehow began to suddenly empty, circa 1am as Matt leaned over and took half that room to the next party. 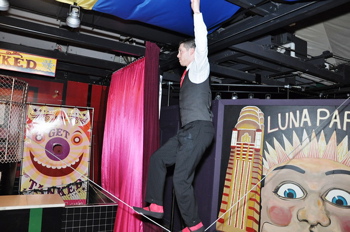