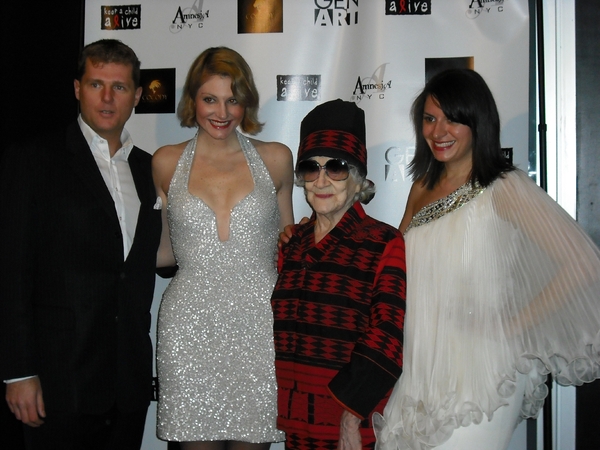 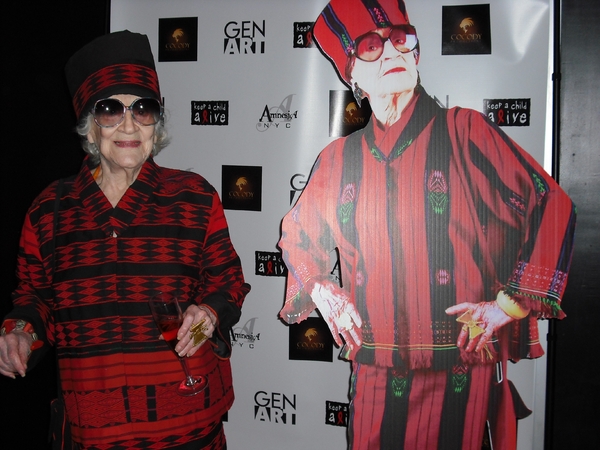 People are always complaining that New York City is no longer full of characters. Those people don’t know Zelda Kaplan. The nonagenarian philanthropist, Hell’s Kitchen-dweller, and all-around party girl is still going strong in her 93rd year. We should all be so lucky.

GenArt and Amnesia NYC threw “Her Name is Zelda,” a benefit for Ms. Kaplan’s favorite charity, Keep a Child Alive. As many already know, Kapan has become somewhat of a legend here in Manhattan. A 2003 New York Times profile of the aging socialite explained Kaplan is, “New York’s oldest and most beloved night owl…. bounc[ing] from one affair to the next, rarely returning home before dawn.”

Kaplan’s diminuative frame belies a big personality. On Wednesday she was clad in her typical uniform: a bold, African-print dress with a tall matching hat that makes her look a bit like a Maasai Pope. Despite being better known as the lady with the standing invitation to Bungalow 8, Kaplan’s devotion to aiding Africa is far from perfunctory.

Her commitment to philanthropy is sincerely a point of personal pride for Kaplan. She dedicated her entire night’s speech to Africa, almost pleading with the audience to visit the continent themselves: “The best thing you can do is to go there. Don’t stay in the capitals, to to the villages.”

It was honestly touching to hear a true humanitarian speak. Kaplan did not ask anyone to donate money. She did not ask anyone to do any work. She only asked that her attentive audience of friends, admirers, and hard-partiers visit an African community themselves. What she was really saying, however, was that she believes in humanity. Kaplan seems to just know that if any of her audience were to visit the needy communities themselves, they would not only fall in love with them, they would feel so compelled to help that Kaplan need not be the one to suggest it.

The closest she came to an appeal was this: “The work I’ve accopmlished… it’s not enough. It’s just not enough. They need us. We have been so privileged. The things we take for granted they never even dreamed of as children.” At an age where anyone has earned the right to be selfish, Zelda Kaplan is still thinking of others.

“You all came out just because of me?” Yes Zelda, of course we did. Keep a Child Alive is devoted to the fight against AIDS, providing anti-retroviral treatment, care, and support services to over 250,000 children and families.