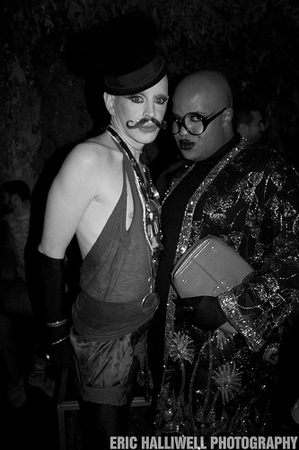 The shock that nearly caused Facebook to close down.

As you may or may or not know, Malik So Chic is a reality star (sort of) except even though he’s a star his awful cast mates (you know the cast mate that has publicly disclosed that she hates black people and Santa Claus- Jules Kirby) have virtually drove him to desperation. The other day Malik was brought to tears and a sudden realization that in all actuality, despite all the twittering he does all day long he is at the end of the day still a big fat no one that no one really cares about who will probably have to spend the rest of his life in obscurity and in the shadow of his hero’s shadow- Amanda Lepore and Kenny Kenny.

Bereft at the possibility of being a big fat loser and a reviled public figure, Malik started doing the math and realized that his only option was to check himself into Bellvue (the mental asylum ward) Tuesday night.

Somehow, Malik got a grip of himself and realized that Jules Kirby and publications like ours and Gawker that leak incidents in his life are meaningless and not worthy of his attention (except when he suddenly wants us to give him attention…) and that the public will once his 13 minutes are up, will once again forget that Malik existed except for as the token fat black boy that middle America has come to understand it needs otherwise their skewered interpretation of life lacks substance.

Making wonderful inroads to sanity, we provide you with a snapshot of what Malik will be up to this weekend. Going to Bellevue as of now does not appear to be an option…

Diva Malik So Chic can no longer stand his co star Jules Kirby- the leaked memo.

The hazards of being a reality star. Malik So Chic relents…

Who the hell is Malik So Chic? The geisha girl who could. 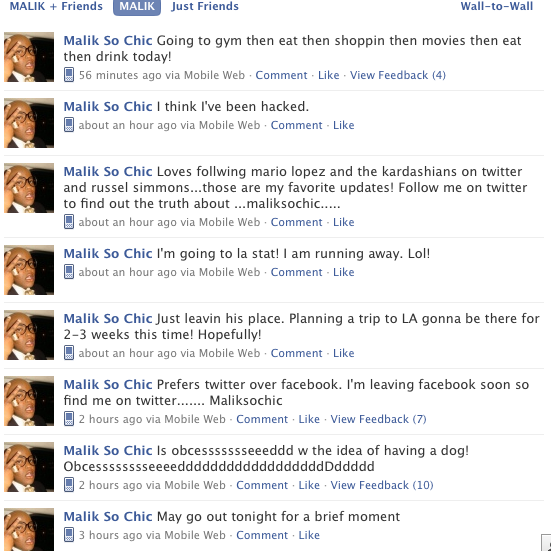