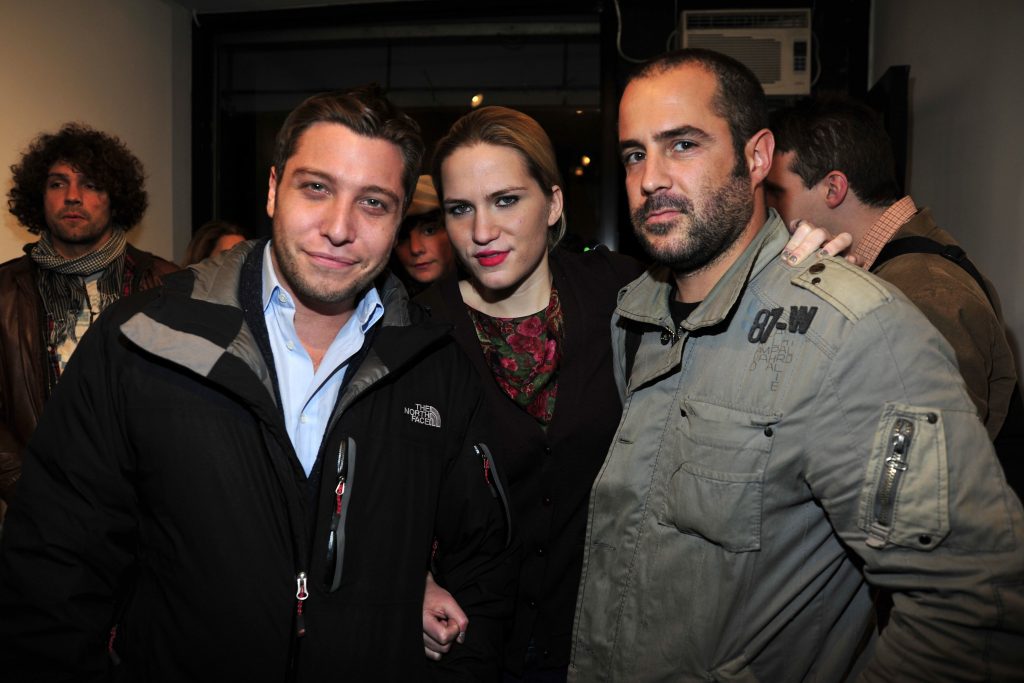 With one sparkling exception, the walls of Heist bore nothing tonight but photos of cakes. This requires a back-story. (Talia Eisenberg, the gallery owner, was first to admit it: “They’re beautiful… but I think it looks really dumb if you don’t read the press release.”) Well, thank god I’m (sic) in the press.

It’s like this: a few years back, Harris was given a homemade cake by his then-girlfriend, despite his insistence that he didn’t want one. Rather than eat it, Harris did what came naturally: he grabbed his camera. Since then, following any first date, Dustin simply asks his date to bake him a cake. Said confection becomes a pretty accurate gauge of where the relationship is headed– Some are sweet and firm, some sag and shift during transit. No two are alike.

Apparently, Dustin’s no cake-eater. “All that sugar and preservatives—they never grow old. I had a cake in my fridge one time for a year. You shouldn’t eat cake.” He feels quite differently about pie, however. “I like pie! I’ll end up at a diner at four or five in the morning for a cup of decaf and a slice of pumpkin pie.”

Getting a show at Heist was a cakewalk. Dustin once shared an apartment with Heist’s curator Colin Huerter. He introduced Harris to Talia, and the rest was history.

Despite his reservations about angel food, Harris’ theory on cake-as-a-relationship-barometer are surprisingly fresh and kind of sweet. We’ve all known good meals where love was the extra ingredient, but what about apathy? Or mild scorn? The photos on display (named for the girls who baked them) are apparently just a thin slice of Harris’ full collection of more than fifty.