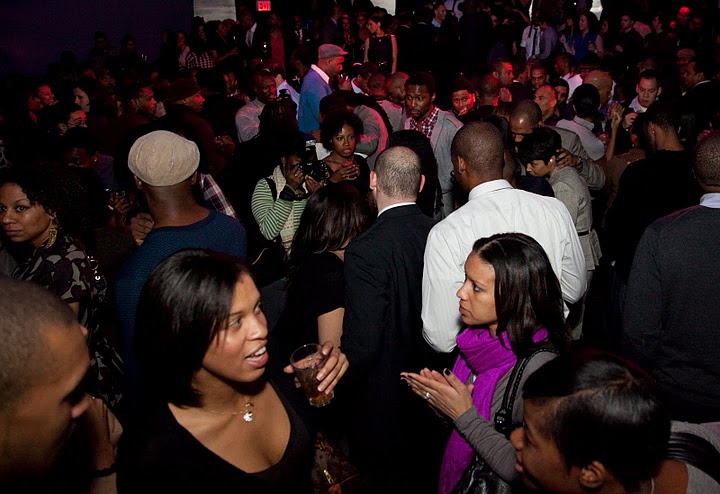 Shoulder to shoulder with hundreds of supporters, Gardy said, “You know what the greatest thing is? When the cameras are gone, these people will still be here to help. Same goes for a year from now. Five years from now.” It was at this point that I took my hat off to him, figuratively and literally.

Guerrier’s influence has drawn to him no small pool of support. Another event will take place at M2 on January 28th; sponsored by the National Urban League, the Global Syndicate, One People One Haiti, and the Council of Urban Professionals. All proceeds will go to YELE Haiti, Project Medishare, Haiti Support Project and the Clinton/Bush Initiative.

Tonight’s event was sponsored by Hennessey and hosted appearances by a number of charming elected officials, including Miss USA 2009 Kristen Dalton and Mayor Michael Bloomberg. Mayor Bloomberg stood before the assembled crowd and spoke of the needs of the earthquake ravaged country, and added, “There’s something nice about the Haitians.”

Those interested in making a donation can call 311 for more information, or visit Doctors Without Borders at http://www.doctorswithoutborders.org/index.cfm