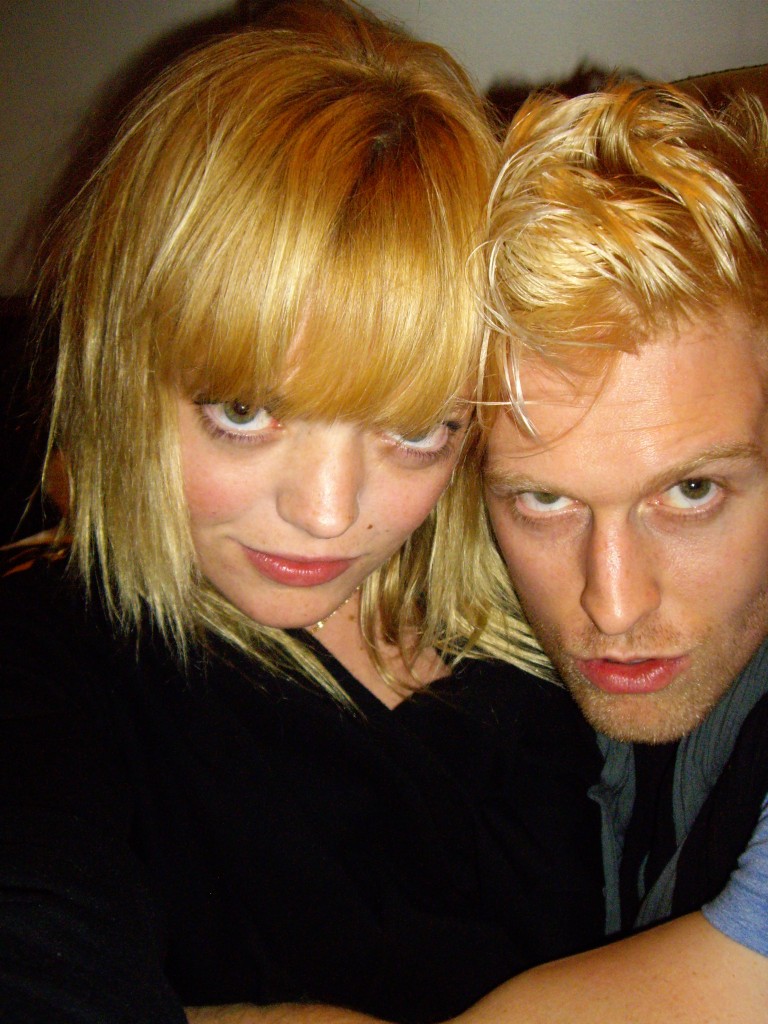 Ross’ business sense serves him well. He spares no expenses with materials, but he doesn’t have to pay any consultants, PR people or business managers. His prototypes and samples are made locally in his studio. But the mass production is done in Portugal, China, Poland or Vietnam. He factors in international tariffs and cuts cost without affecting the quality. He is a new breed of fashion designer: his unexpected past allows him to create art without being hindered by the economy. In fact, his line is a result of our spiraling economy. He withdrew from the finance world when it began a downturn and entered into the Renaissance world of art, fashion and creativity.

His building has a 1920s Renaissance feeling to it. He’s surrounded by celebrities in the West Village, and it’s all wood floors, luscious carpeting and wide staircases. It’s the type of apartment where the sink defies the laws of physics and logic. But his workspace is a little different. Messy, bright, and beyond eclectic with clothes everywhere: it feels like the inside of Cody’s head. It’s surprisingly comfortable, but everywhere you look there’s something unexpected. It was there that we got to talking.