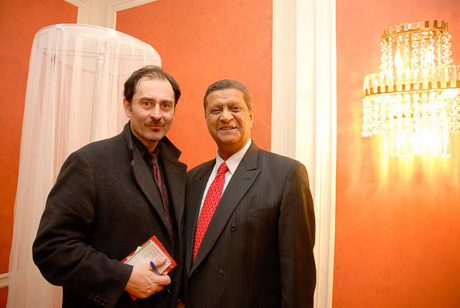 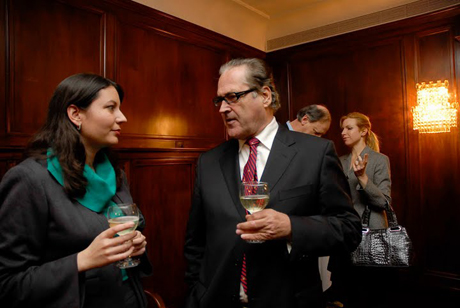 Anyone who has ever been to the annual Viennese Ball held at the Waldorf Astoria knows full well that the evening plays hosts to the spoils, charms of illustrious society. With the widely anticipated event only 8 weeks away- February 5th, 2010- the Austrian Consulate played host this past Thursday evening to dignitaries,Consul Generals – Ambassador Peter Brezovskzy (Consul General of Austria), Ambassador Christoph Bubb (Consul General of Switzerland), Dr. Melita Gabric (Consul General of Slovenia) débutantes, escorts (yes – they still exist!) in anticipation of the grand night which I was told would  begin at 8pm and would finish at 4am … and why not when you are served dinner 4 times in one night and treated to a smörgåsbord of delights? (more on this soon…).

With a Viennese string quartet to boot, guests languorously gathered, danced, pondered while feasting on a home made favorite- goulash (admittedly rather delicious) while taking the time to reflect on what Marcie Rudell, the much adored event organizer  reflected on what the evening aspired to be, and how with its partnership with Amir Dossal (the executive director for the UN office for partnerships) they would hope to raise sufficient funds to stem the incidence of malaria in Africa (a leading killer of children in Africa).

Introduced to the charming Ms. Marcie Rudell I set about asking her some questions.

SCV: What is the legacy of the Viennese Ball?

MR: The Viennese Ball history can be traced to the late eighteenth century, Austria- where society came to celebrate opera, ballet, the waltz. When it first came to NY in 1955 it quickly became  associated with panache, glamor, romance, spectacle, dance as well as the act of giving to worldly causes.

SCV: And it is your job to organize the festivities? How do you go about such an onerous task?

MR: I built on the legacy of the footprints, with the aim to give pomp, pizazz and celebration to the wonderful array of talent here in the City. In past years we have brought in  Kate Lindsey from the Met, who helped in the design, the performance and production. Really the Viennese Opera Ball is an entire production. We’ve incorporated horse chariots, staged ballerinas…

SCV: I’m curious what surprises do you have in store for us this year.

MR: Our upcoming theme this year is “A magical night in the Opera,” and all I can it’s not predictable. It’s extremely eclectic.  I think we are going to have a horse drawn carriage pulling something that’s never been done before. 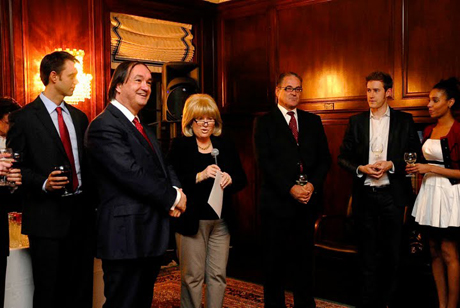