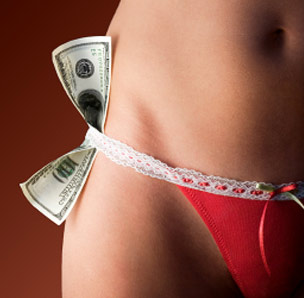 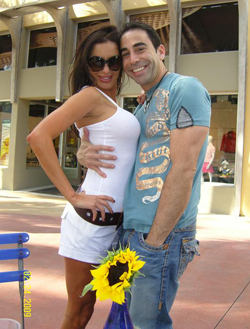 It seems a right of passage by the time you are 21 that you have either hooked or hired a hooker. In either respects you’ve probably gone through Jason Itzler, the man who Elliot Spitzer took down before in a perverse twist of fate Itzer ended up taking down Spitzer at a later date. Of course now there’s a new roving character in a book that Itzer is shopping called – ‘Superpimp,’– that he has written with his pal Peter Golenbock chronicling his life as you guessed it as a ‘super pimp.’ The book which promises to be a raunchy read about how you too can become rich, sexually well fed and admired by half of the richest and horniest men in NYC before being directly sent to jail is being virulently shopped by Itzer who thinks that you too should allow him for a (modest price in this instance) be romped, seduced and left with one hell of a smile on your face.

A cursory look at Golenbock’s notes goes so far as to exhume the trysts of disgraced super star golfer- Tiger Woods who even while as a young man Itzler had high respects for his sexual appetite. As quoted:

Chris came up to me in Liquid one day and he said, “Do you want to meet Tiger Woods?”

“Are you kidding? Yeah, I want to meet him.”

I had a drink with him. Tiger was a much bigger deal than Madonna because he was so mysterious and rare. Here was this kid who was being treated like a God. He was young and so wide-open, and I could see how much he loved pussy. He was addicted right away.

Liquid had the hottest girls in America, and this was a gold digger, star-fucker place. South Beach was always fun and free. The girls circled around Tiger like he was gold.

This all in the early 90’s. Proving that he had staying power (which makes sense if all you do is deal in high end hot 19 year old girls and the high end 42 year old boys that get like to get their chops wet for them) Itzer once again comes across Tiger Woods some ten years later as quoted below:

Sometime in 2004 I got a call from one of my best customers, a Goldman Sachs guy who had an apartment in Trump United Nations on a high floor. He was a class act, and once a month or every three weeks or so, he’d call me and say, “Jace, I have three young men I want to reward. I want your finest. Three hours. Overcharge me. Whatever you want.”
On this occasion he said, “Send your best,” and I sent him Kaitlin, one of the few hot shit working models making a lot of money, a nineteen year old Brooke Shields look alike. I sent her over thinking it was a Wall Street guy she was taking care of, but when she came back, she was dancing the hula, all excited, bragging about Tiger Woods. She said it was wonderful, that Tiger was amazing, an athlete, and that she was in love. We didn’t pay much attention to her then, but in light of what’s come to light about Tiger, it’s obvious he’s always had great taste in women.

It of course wasn’t too long after that Itzler went down and like Spitzer the man who also went down he is busy resurrecting his life and the way you remember him. Let’s see how Tiger Woods resurrects himself..

Top 6 Problems Every Golfer Will Understand

Why is Good Customer Service Important?

Brooklyn nurse run over by reversing construction backhoe: who is to...