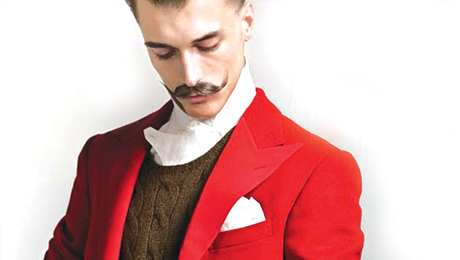 There are many things a man can say in his cantankerous efforts to bed a much younger woman. There are always the myriad of lies he can keep up with, including whom he knows, where he lives, what he does and how much he is worth. A bold practitioner of such nebulous affairs will, by the time he reaches his late 30’s, have perfected the art of scoring younger girls. He will know where they hang out (the Jane Hotel and Bowery Hotel, thank you), will be able to spot the ones that are always game to play ball (they are the ones constantly engaging in uppity functions), and has pull at events that a 23 year old boy could never hope to go to unless he was a society or a horrid media type (like us).

It’s true that I myself am an older man, if 42 constitutes older and I assume that it does. A creative by nature, I am prone to offending the sensibilities of most women who are in their 30’s because, quite simply, I don’t believe in too many sensibilities except perhaps for good manners (which I am told I am sorely lacking in- blah!). The only hope it seems is to invest my attention and efforts to that of younger gullible starry eyed girls who still believe in stardom and the idea that they will never sell out, and it’s admirable to be a writer, actress, even if poverty is a prolonged right of passage. Of course, I must still contend not with the horrible handicap my manners, but more that of gravity.

A horrible thing that every girl north of 26 fights vigilantly against, gravity is something no man will take seriously until he too one day reaches his late 30’s or early 40’s. What will suddenly appear as an aberration, will eventually materialize into what is commonly known as the gut, or in common vulgar language ‘my baby.’ Fortunately, my baby is still in early development, but it is there. Reigning in baby, will require arduous exercise which I am loathe to do because I spend my days and evenings chasing caffe lattes and foreign cigarettes and mixing with the horrid media set (blah blah!). But that, gentlemen, is the secret if you wish to catch yourself a younger lass. Head off to the gym and with minimum exertion plod yourself within their vicinity and find the lightest but just heavy enough weight and stand there looking stoically. You will, I assure you, f ind some gullible gal who believes that you are thoughtful and pernicious. Of course, being male, we know that this is next to impossible, we are merciless carnivores even if we wear cravats.