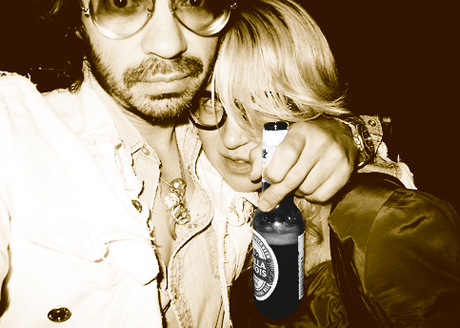 What is happening to our lounges these days in New York?  Let’s get away from the Las Vegas, Dubai or Monaco/Southern Euro Trash feeling with bright lights, shiny shoes and music that makes you want to settle down and have a kid or at least hit a dive bar for the night.  I mean, how many bootleg models from Eastern Europe (that can’t speak English, not that it really matters if you are a bootleg model, but still…) can you have huddled around a table with a promoter?

Well there is one place that attracts plenty of ass with class, Jane Ballroom, inside the Jane Street Hotel.  So the neighbors can’t sleep.  Last time I had a gander, the place is fortified in solid brick walls with an entrance across from a car park virtually on the West Side Highway.  This seems a bit odd for complaints, considering its remote location.  It’s not as if it’s in the middle of the West Village.  And we all know what the West Village community did to the Beatrice Inn.  So, maybe there was an argument against a basement sized lounge just below the apartments where your aunt and uncle were living, this I can see.  Who doesn’t remember walking into the shabby or shitty – chic (pardon my damn Swedish again) lounge as security was “hushing” you down the stairs, drinking yourself so blind you were trying to figure out which girl was your fiancée, cutting the 20 person bathroom line to go vomit and then gargle your vodka cranberry to get the smell out.  I mean, didn’t we all do that? 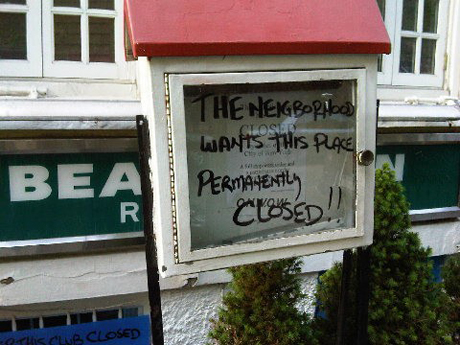 But we have basically gone from a “basement” to a “ballroom” and oh how chic it is to be sipping Tito Tonics by the fireplace.  New Yorkers in the know don’t trot around the Meatpacking or 27th Street with the Friday and Saturday night heard of touristic-like cattle acting all belligerent.  Most New Yorkers prefer to party “away” from the “DIZ” (Designated Intoxication Zones), perhaps in a remote location or in some building on a twisted alley where a midget with a switchblade in one hand checks ID’s after you knock on a door 3 times and give a password.  Ok, that’s a bit over Hollywood-ized.  But the glitz, pizzazz, flashy, boom boom etc.  These are all passé visions from the early 90’s when people were actually wearing bright gold Versace shirts with matching wrist chains.

Looking at New York nightlife’s past, it could be Peter Gatien’s pioneering that transformed people’s nightlife perception, etiquette, politics and even real estate value (on occasion) with such venues as; Club USA, Palladium, Tunnel and The Limelight (my favorite which was in a converted  church).  Forgetting the whole Glow Water/Ecstasy thing and the stabbing at Tunnel, if it wasn’t for this type of creative clubbing, New York nightlife would not be what it is to this very day.  In fact, an Earl of Nightlife, Lord Legend Mark Baker, said to me just the other day:

“Nightlife has been under siege since 1994 when the disco task force was activated by city hall. This was driven by some maniacal members and a couple of community boards whose