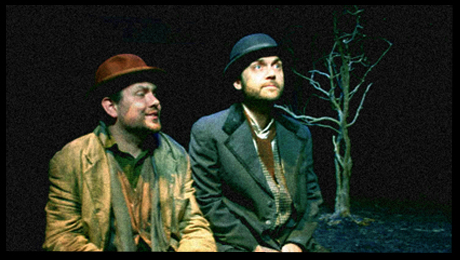 Another hindrance is that the stars of the shows aren’t big-named celebrities. The irony is it never used to be about big stars in the first place- it’s where premium trained actors from Julliard and NYU Tisch came before striking it big. Of course even they are struggling to get roles being parceled to Hollywood babes and celebrity names. Even fashion magazine covers have pushed out their supermodels from the camera’s path in exchange for the celebrities who give their best imitation of those supermodels’ pouts. Our generation has become all about the fame, glamour, money, media. They don’t want some nobody making out with Johnny Depp. They want someone like Angelina Jolie to swallow him with her balloon lips, in order to make another scandalous headline. Yet, on Broadway, the need for real acting talent that can extend emotion beyond the opposite end of the theater space has always been apparent.

In recent times, however, it seems as though the economy is forcing more of the productions to extend a hand (and a big paycheck) to Hollywood stars to star in the musicals. This does rake in the money, as seen by having Hugh Jackman and Daniel Craig star in “A Steady Rain,” (which broke the record for highest weekly ticket sales). I’ll have to admit, if that play didn’t have that hunky piece of Jackman in it, I wouldn’t have broken down in despair when I realized I couldn’t get tickets. But as good as it is for the Great White Way, it also brings down the credibility of Broadway. Once a place where only “real” actors could take center stage, now the likes of Ashlee Simpson who recently got fired from a TV show for her undeniably painful acting chops, can be placed as Roxy in the musical Chicago. Unfortunately — or fortunately — even that can only last a few months. The stars have to go back to their pampered Hollywood trailers instead of the drab dressing rooms in the middle of Times Square. They have to saunter back to having burly bodyguards instead of having to trek home after signing a couple dozen of autographs at the stage door. Due to this fact, no matter how hard Broadway tries to scrape in them celebrities, the success will only last so long, and the wallets of the Broadway producers will reach it’s end after continuously trying to match the celebrities’ demands.

Alas, not everything can be blamed on production costs. With the trend in society and the media tabloids to offer us hubris, spectacular shock and horror and more celebrity kiss and making out sessions the public’s appetite for provocative and enticing entertainment has strangely dissipated in a time where more overt consideration of the perverse and diabolical would demand more attention as it once did. Denial and titillation  seems to have become the preferred prism from which to view the world and with the internet providing that at bargain prices who can abstain? The act of feeling angst and pain and ultimately transcendence in a dark room is a journey so many of us are becoming loathe to make- one because of the demands it makes on us that we are unwilling to assuage to and perhaps more importantly theater itself is not making itself a valid option to which we can jettison to.

Theater is almost divided into black-and-white classifications. It’s either a musical or a play, it’s either comedy or a drama, it’s either adult-oriented or completely kid-friendly. And with that genre domineering and looming in the presence of the actors, they will try eagerly to make the material funny or try to make it dramatic — a sometimes awkward situation where that effort might be too visible in our eyes. Especially with musicals, the creators don’t want the audience to leave the theater with a frown. The musicals have almost a formulaic system that they follow to the tee in order to ensure a great time and experience. Sadly, this is what retracts from our ability to take a break from our lives. Perhaps plays that ultimately capitulate every sensory sensation of the viewer like Fuerza Bruta which viscerally involve us and physically force us to duck and weave as the action comes to us and through us will be the few remaining pieces that will survive, that and avande garde performances from the likes of Richard Foreman and the Wooster group.

As much as theater companies are being challenged by production costs, a disappearance of government grants and a sour economy one truth we will have to consume is that the audience are the most significant toxin that is poisoning theater. Our need and hunger for the famous, instant gratification, and an escape from reality — (which is becoming a defining characterization of our generation) — is ultimately becoming the fuel for the demise of theater as opposed to it’s inspiration and resurrection.