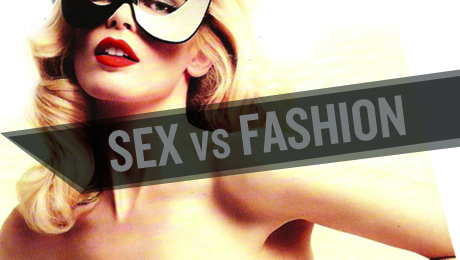 The modeling industry today has blurred the line between what’s socially acceptable as a working model and what it actually takes to be working as a model in L.A or New York. Imagine this: you’re signed to one of the major modeling/talent agencies, V.I.P at all shows and parties, on the cover of magazines on both coasts, and adored by everyone with eyesight. Does the reality of the persona pay off, and is living the life of a celebrity really all that attractive? There’s a lot to consider in this particular pursuit of one’s happiness, and broken down on a case by case basis, I have found that depending on what’s at stake, everything is negotiable.

One of the more prevailing trends currently seen in the modeling industry (from a production point of view) is that budgets are smaller and bookings are further apart. In fact, it’s come to the point where if you’re a model used to making a certain amount and living the lifestyle of the young and fabulous, you need to either open yourself up to different types of bookings or get a side job just to make end‘s meet. The reality of the Super Model who works at the local coffee shop isn’t an idea that some people’s egos can endure. So how are all these models in the industry making ends meet when bookings are so spare? Some models have more than one agent, some work in a related field (hair, makeup, photographer, stylist, designer) or have a wealthy parents. Then there are the working majority of models who do whatever it takes to get paid. In an industry that rewards you to be beautiful, having a regular job isn’t part of the wet dream.

Putting it into perspective, about 85% of the modeling industry is considered Tv/Print. That’s because the products we consume need sex appeal to market to us in TV commercials and magazine advertisements. Given the fact that sex sells (of course), you don’t need to be a high fashion model to book the cover of Maxim or an “editorial” photo shoot for King magazine. Fortunately for Abercrombie and American Apparel, you don’t even need to fall under the stipulation of high fashion/runway model to book an ad with them, which only makes up about 15% of the modeling industry as a whole. Most models aren’t high fashion and aren’t event looking to model for the rest of their lives. In some situations, it’s a lucrative means to an end that can literally take you from rags to riches, and in some cases “celebrity” with a little luck and lots of patience. Why go to college and get a job when you can make more in a week then you would in one year just from showing every one what God gave you? The American dream has a different connotation these days as internet modeling and social networking pave the way into our bank accounts.