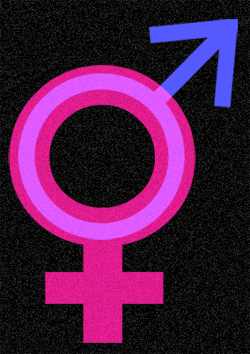 Is there any phase of life more uncomfortable, self-conscious and altogether confusing than the teenage years? It’s all hormones, unrequited love, body-image, self-discovery, and it’s embarrassing sometimes to the point of being painful.
Conformity is one of the strongholds of the teen years, and is at the root of a lot of the common problems of the western world – underage sex, drug use and teenage pregnancy to name a few. If more teenagers had the confidence to tread their own path without the fear of bullying or isolation, we would probably find ourselves sidestepping a great many of these problems. Not that you can blame them:  the idea of being ‘different’ is a horror practically branded straight onto the skin of most kids, to the point that even the ‘alternative’ factions are just as guilty of carbon-copying one another as the mainstreamers. I don’t know about you, but I have trouble telling one emo from another.
Surely though, this makes the latest reports of the stamping-out of individuality in schools even sadder. When young people, given all the obstacles listed above, are brave and self-assured enough to come out as gay or trans-gender at school, something that takes many men and women a good decade or two longer to achieve, then that is something that should be applauded and defended. The school administrators, however, are not as enthusiastic about the aforementioned courage.

“It’s hard enough to get kids to concentrate on an algorithm— even without Jimmy sitting there in lipstick and fake eyelashes,” said Kay Hymowitz, a senior fellow at the Manhattan Institute.

But presumably the head cheerleader flashing her lady bits in her ‘uniform’ does wonders for concentration and is A-Ok according to the stereotypes to which most schools apparently still conform. Quite clearly, it is preferable that Jimmy should be made to feel as though his wardrobe choices qualify him as a freak show and should know better than to want to express his personality through his dress sense. Essentially, the teachers are on the same wavelength as the meathead bullies who pick on him in the canteen.

In some districts, administrators seek to define the line between classroom distraction and the student’s need for self-expression. A few years ago, when Dr. Alan Storm was assistant superintendent at Sunnyside Unified School District in Tucson, he oversaw legal and disciplinary matters.

Principals would ask him about dress code gender cases: “They’d say, ‘Johnny just showed up in a cutoff top! Should I suspend the kid or make him change his clothes?’ ” Dr. Storm recalled. “And I’d say, ‘Is there a bare midriff?’ ‘No.’ ‘Then it doesn’t violate your dress code. You have no right to make the kid change his clothes.’ “

Dress codes are all well and good, and I’m not suggesting that a Rocky Horror fishnets and suspenders getup is appropriate school wear, but if girls can wear pants, have short hair and play soccer, then for christ’s sake let the guys wear skirts if they want to.

Jeff Grace, faculty adviser for a gay-straight alliance club at a high school in Columbus, Ohio, recalls one student, born male and named Jack, who has long, straight hair and prefers to be referred to with a female pronoun. Jack is careful not to violate the dress code: she favors tops that are tapered but not revealing, flats, lip gloss.

“One day I heard a student say, ‘Man, there was a girl in the guy’s restroom, standing up using the urinal! What’s up with that?’ ” Mr. Grace recalled. Bathrooms can be dangerous for transgender students. But the other student replied off-handedly, “That wasn’t a girl. That’s just Jack.”