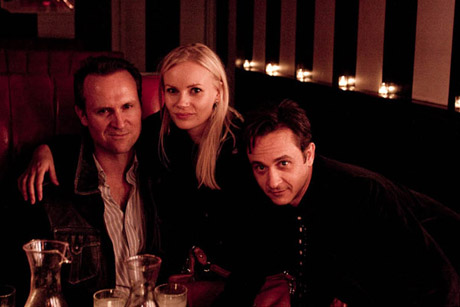 It starts like this but not necessarily in this order: the girl in the silver padded spandex pants approaches the guy standing behind me, while the guy to my left is trying to figure out where he knows me from, while this is happening the bartender is also beginning to approach this way, the dj is pumping a Grace Jones relic while the brass ass with the blue eyes is grinding against the dj booth, it shouldn’t bother me, but what do I know cause the girl in the silver padded spandex is smiling, giggling and still approaching this way, and the truth is I don’t even know what anyone is talking about because Grace Jones is slaving to the rhythm, disco girl is bumping and the guy behind me thinks he’s going to get lucky and that’s when it happens when the bartender leans over and asks me if I know the girl in the silver padded spandex because she’s now talking to me with some Bulldog in her glass and that’s when I realize the night has just begun….

Monday night’s affair at Ella Lounge commemorating nothing too particular despite everyone looking wonderfully particular was what I later recalled to be one of the more intriguing nights that hosted, editors in chiefs, fluffers and the ensemble called Collective Hardware and the odd dilettante.

Looking up from my table where by now the liquor was flowing and the camaraderie overflowing I could make out the visage of our host Ricardo Garcia. I probably would have invited him to our table but that would have meant kicking out the girl with the silver padded spandex or the dj girl and we all knew that was never going to happen. There was only one thing left to do and that was to grind to whatever song while the kid with the straggly hair (the same one who had been standing behind me momentarily ago) sandwiched between us  kept writing into what once used to be called my notebook. But to be honest that didn’t matter cause Bulldog was on its way.

When I say Bulldog I mean Bulldog the Gin. If you want to know anything about gin it all comes from England well the good kind and the brand that we prefer to drink… 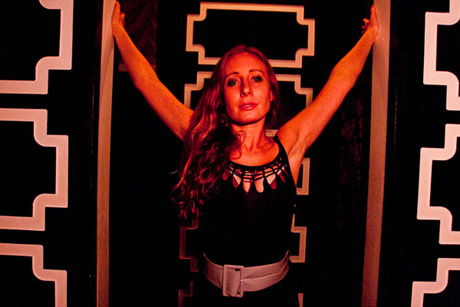 So there’s this kid just pumping away and the kids around in their holier than thou (my guests you understand…) expression jamming, smiling and doing their damn best to look effortless and somehow succeeding. The girl to my left a painter and a former model ( as if I care) is telling me about art and how life is suppose to be greater than you