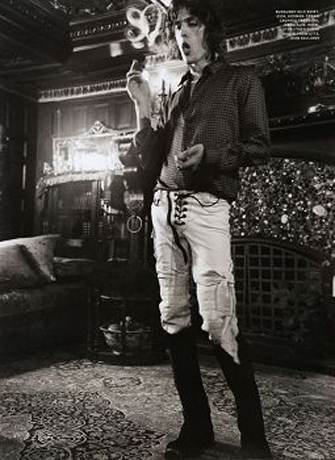 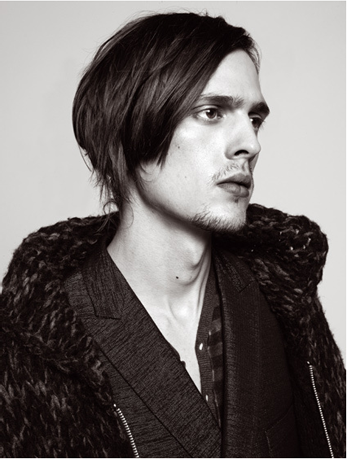 Randy Lebeau probably doesn’t want to be a fashion model but the irony is he is a damn good one and that’s the rub. The young man who started out aspiring to be an artist is starting to make a lot of heads turn. Part ethereal, part romantic tragedy and another part a dagger to the glares of all things lyrical, (and too beautiful) he is on the cusp of major stardom. The real question isn’t when it’s all going to happen for Randy, because we assure you it is- the real question is does he want to be the token deity of our collective aspirations of beauty or does he want to be the one making it from behind the scenes?

We spoke with Randy recently and wondered aloud how a young man goes from an unlovable ruffian to that of one of the hottest young things prowling Madison Avenue.

SCV: Before you arrived to NYC what were you doing?

Randy: Working in the meanest tattoo parlor you could possibly imagine up in Rhode Island. Man they would close the doors when those guys turned up, because you just couldn’t expose them publicly. I was working from dawn to midnight, going to art school and doing my apprenticeship at the tattoo parlor, but then one day the whole thing was too small and it just couldn’t contain me. You know what I mean?

SCV: So what happened next?

Randy: I headed off to New York. Sold the drum kit, the electric guitar, the car.  I figured there had to be something big for me to sink my teeth into. I just wasn’t sure what.

SCV: So that’s when you headed into modeling?

Randy: Well it sort of came to me. I was scouted and joined Request.

SCV: So what happened then? You started booking stuff?

Randy: Are you kidding me? I spent the next year and a half starving. It took me that long to book a paying gig. I was out there living in the boon docks, living  in Bushwick wondering what I had done to myself.

SCV: So what did you do to survive?

Randy: I sewed, believe it or not, for a fashion house, worked as a bartender and just sat tight.

SCV: Doesn’t that go in stark contrast to what people expect to happen? You know you get scouted and then you’re working the Calvin Klein campaign.

Randy: It couldn’t be further from the truth. It’s like any other business, you need to put in the time, people need to see the devotion, the dedication.

SCV: So how does someone aspiring to be a model make it?

Randy: I tell you the truth. There’s nothing you can do to make success come faster. Short of keeping yourself looking good and turning up to all your go sees- it’s really out of your control, cause at the end of the day you can’t control what the client wants and you just have to accept that. 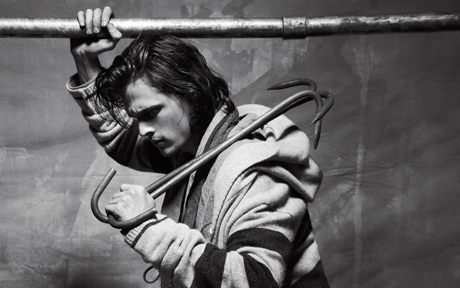