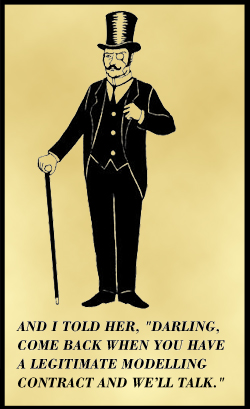 Out of the NY Times style section comes the niggling belief system that’s been bothering you every morning at 4 am-that you’re not truly desirable and a good score unless you happen to have graduated from the preferred pedigree ‘plus’ ivy league institutions. Unless you are a model, a celebrity or a celebrated artist we also have bad news to offer you- members of the ‘Ivy Plus Society,’ will more than likely frown at you and when given the chance point out your inferiority.

The collective started by Jennifer Wilde Anderson provides the perfect forum for those members of society unwilling to commit to the peons that exist in large masses and are looking for the comfortable notion of meeting like minded individuals who can ‘appropriately’ turn them on.

Says one member – Ben Pike, a 2006 Georgetown graduate, who works in private equity (code word for I have more money than you and that should make me desirable tonight)

“I’ve been in the city three years and dated girls who are legitimate models, and that gets old. I have high standards. I’ve met people who are really smart but don’t have it together socially, and people who are fun but may not offer more mentally. The total package, he explained, is tough to find.”

Of course in Mr Pike’s case it is easy to see why the whole package is hard to find because all he’s really looking for is fantasy…but we do love the part about legitimate models, as we do agree with Mr. Pike one isn’t really a human being until they have legitimately gone out with a ‘legitimate model,’…alas.

To be considered a ‘plus,’ one is obliged to have graduated from the 8 premium schools in the country and a smattering of departments from other colleges that are held in high regard (the rest of you can go walk around in shame thank you!). The premium schools include Yale, Harvard, Stanford, Brown, Columbia, Princeton, Dartmouth and Washington but that’s a secret that everyone gets to keep to themselves until one recent attendee was humiliated for turning up and trying to score from the hot crop without being an appropriate member of the gentrified class. Indeed the presumptiousness!

What’s the moral of the story? That if you want to go to bed with me you better be well stocked or at least a legitimate model….

The Dating Game, Ivied and Pedigreed

Gabby Petito dead: Remains found in Wyoming – but how did...