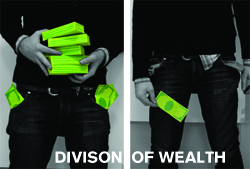 When the statistics start to point to some grim realities what are you going to do?

Just released from the labor department is the dour news that your life is going to remain perilous, miserable and stoked with apprehension and fear as the national unemployment rate soars in at a whopping 9.8 percent. This on the back of Bank of America’s CEO, Ken Lewis who (helped finance the world wide mess we find ourselves in) gets to walk away with $53 million as he announced his retirement the other day.

With no end in sight to the bad news, authorities are wondering what to do, from extending unemployment benefits, and as the NY times ‘reports extending some programs that are set to expire toward the end of the year, such as tax credit for first-time homebuyers and health-insurance subsidies for people who lose their jobs.’

“People have been celebrating that we’re through the financial crisis, but the underlying issues are all still there,” said Dean Baker, co-director of the Center for Economic and Policy Research. “We’ve lost trillions of dollars in housing wealth, and consumption’s going to be weak. It’s not the ’30s, but there’s really nothing to boost the economy.”

This of course begs the question what are the underlying issues? We had a collective think about this and came up with the following reasons. That said we’re sure you will have some to add yourselves…

1/ First reason why we are all broke and unemployed- there aren’t enough jobs paying in America paying me $75 000 per episode to run around like a wack job. See Jon Gosselin.

2/ You have to be rich to be rich and since most of you are not rich that’s your bad luck.

3/ People spent too much money on illusions, but why are we to blame? The whole country is built on illusions.

4/ Reality is a good idea but that said we prefer watching reality shows which of course are never about reality but fantasy instead and everyone knows fantasies are easier to swallow than realities.

5/ That perhaps when we go out of our way to cheat other people and try to create value out of things which inherently have no value it all comes back to collectively bite us in the ass.

6/ That going to war with everyone you don’t like is money that is not well spent. There is a reason why our public schooling sucks in this country, and everybody knows a smarter economy is important for a vibrant economy.

7/ Because George W Bush is an ass and his policies of allowing financial institutions to gamble wildly with your life by deregulating laws written when the last big recession happened in the 1930’s was a very bad move that fed into the hands of the greedy grub called bankers and gangsters.

8/.That you don’t challenge yourself to think outside the box and unite to create productive ventures preferring to be captive members of the prevailing wisdom and institutions which will always have your ass fried but admittedly well dressed and manicured.

9/ That life is indeed unpredictable and as much as we all want to be happy and believe the best of everything sometimes terrible inconvenient things and people get in the way and screw things up.

10/ That you refuse to believe that you have the power to make a change in your life and that sometimes great ideas and follow through are all that is necessary to produce action and eventually positive production. That said we know you have to go watch your latest installment of Hollywood dribble so we wont keep you on your way.

Sometimes the reason the whole country is in a mess is because of the mess inside of you. Imagine what life could be like if you actively made some positive changes…

Jobless Report Is Worse Than Expected; Rate Rises to 9.8%