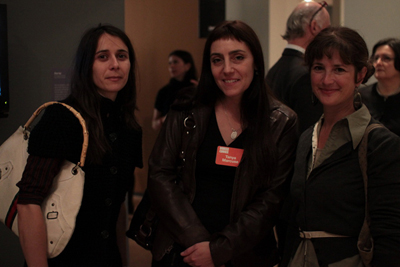 Jeremy Kost formally introduced me to his piece, a compilation of photographs designed to capture the essence of New York nightlife and the elegant debauchery that the social elite live, and die, for.

“These images were compiled over 4 years of work. I really started photographing by mistake (the way that many wonderful things in life are affected).  The camera was initially a way for me to interact with people when I moved to New York from DC.  I went from being the ‘King of the town’ to nobody.  One night, I found myself in at the Four Seasons with David LaChapelle and Pamela Anderson (ah, New York). They told me that I should start doing this professionally.”

As I took another look at the photographs, I noticed a familiar face recurring throughout.

“I love working with Amanda Lepore,” he explained.  “As I continued to grow I began wondering what my work could mean.  I wanted to convey cohesion of vision as well as of an idea. Cross dressers have this amazing elegance.  They are performance artists, who undergo a Sophist transformation at night.  New York nightlife isn’t dead.  You have the romantics nostalgic for Studio 54 or the early 90s; if you want to find something really great in New York, today, it’s there.”

One of the most interesting aspects of Kost’s work is his proclivity to confine the creation of a photographic composition into a predetermined period of time; photographs taken during the span of a select few hours or days will become the rudiments of creation; beginning as a disparate stack of Polaroids, they merge to form a final, cohesive vision.

Hank Thomas spoke to me about the subliminal messages inherent in advertisements, especially those geared towards a minority demographic.  “I wanted to track the notion of blackness with ads sourced from 1968 onwards; I wanted to see what had, and hadn’t, really changed.  Ads really tell you about the corporate assessment of ethnicity, and the social hopes and dreams of a special moment in time.”

The conversation was illuminating, and guests were encouraged to approach the artists with their questions, comments and congratulations.  I was privy to an artistic “think tank,” happy to listen to the sounds of intelligence—a rare treat. 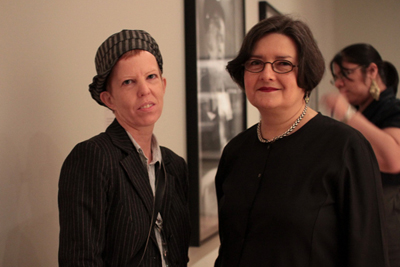