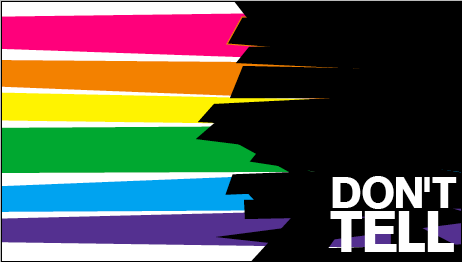 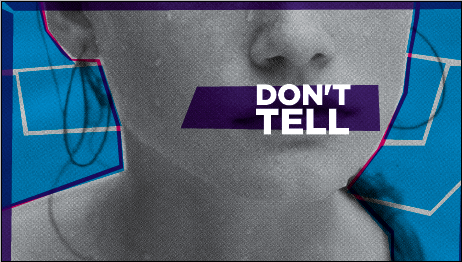 There is a perverse logic that sends willing able men to a foreign country in order to stand in harm‘s way but declines to know about his sexual orientation because knowing such things might aggravate the preferred belief that men willing to go to war can only be virile, patriotic and overtly masculine. But for anyone who has spent an inordinate amount of living life in America, perversity is the preferred name of the game. The greater irony of what goes in the military extends to the nation as a whole because essentially life is a magnanimous illusion. And we like illusions,  fantasies and the quick rise to fame and riches as long as it doesn’t involve any dirty work. In short ‘don’t ask, don’t tell’ is only a logical extension of playful acts in the sandbox.

This recent weekend saw flocks descend to Washington for the National Equity March, of course if anyone paid any attention to the media it really didn’t happen (never mind the scant attention that was paid) or if one had to be told, nothing much changed. Like all acts intended to raise awareness and provoke change, nothing much seemed to happen. Of course the truth is nothing was suppose to happen. Why? Because short of violence or economic pandemics, culture at large yields little. It may change, ossify, multiply and re-concoct itself but just as long as it can also be packaged and repackaged as a necessary good that you will always need in your meandering life.

For anyone who has been to the zoo or a magic act little thought is ever invested into how such animals arrived, how they exist and how they relate to us and the rest of the world. Their importance is ranked in their ability to entertain and make delectable noises as our cameras click. In the same way the illusionist (let’s call him a magician, the adman, the corporate chief and even the president) are required by their very definition of role to provide us with eyesores and quality performances that can inspire and awe. How they get there or what’s really involved isn’t often divulged. But really who likes to be told the truth?

Being told that you too can be rescued from your miserable life (after all this is America and  that is your supposedly inalienable right) takes a leap of faith. Take the recent fiasco involving the mortgage bank crises. The debts were piled up and even if you didn’t have a job you and your pet dog could still apply for a piece of the American Credit pie. Who could deny you? Not the jingle man hustling for his bonus or the sky rocketing realty values.  Of course the casualties soon piled up once people realized if you didn’t confer with reality it would eventually confer with you. Yet who could blame anyone, in a culture premeditated on a ‘Don’t ask, don’t tell’ policy (except when it comes to your prenuptial agreement),  having to figure out how things actually work and why they work might get in the way of us thinking of more important things- how to beat the system or at least keep up with it. That and what media nuisance Lindsay Lohan likes to do on the weekends…

Of course the system can never be beat because it exists as a fabric with ever changing goal posts. It exists in so much as it looks visually very plausible but when you go to cash in those chips you so often find yourself at the pharmacist looking for those anti depressants. Who could blame you, in a world full of smoke screens and hunky reality actors teasing you with their perverse  ‘(mis)reality lives’ where do we draw the line? If it says sign on the dotted line, this is what takes to be loved, happy and successful, who are you to question what happens in front of you?

When Krushnev (a cold war president of the now defunct USSR) first came to the United States in the 1960’s he asked how it was that the American population was so compliant? After all back in the USSR they would have to take you to the Gulag to get you to behave. When he was told that the popular culture and the media kept the nation in a constant check and all aspiring for the same carrot stick, it suddenly became apparent that the world can work deliciously well for those who are willing to ‘milk it.’

With the National Equity March come and gone, the nation just as paranoid, homophobic, frightened, xenophobic, fat and praying to God on a nightly basis, what has actually changed? What progress has actually transpired? With soldiers still sent to die without regard to who they really are, what is life in America really about? Illusions are wonderful and make for wonderful conversation pieces but next time you look at the busted face of a man buried in bankruptcy or a soldier with his leg missing just ask yourself what it is that you’re not willing to know? Because we think that what we don’t know can’t kill us…of course often enough, it eventually does…