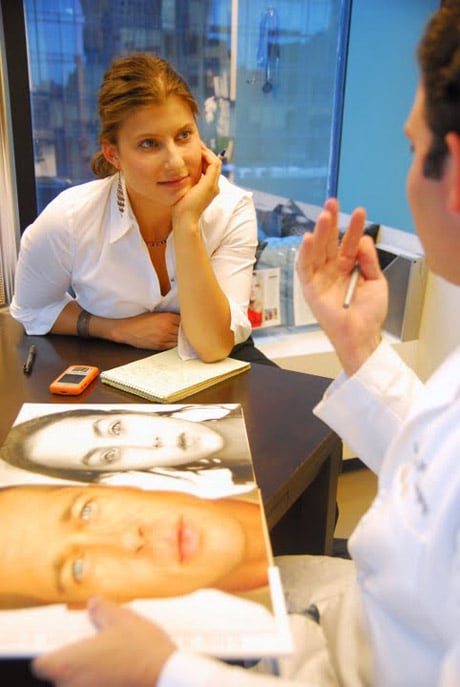 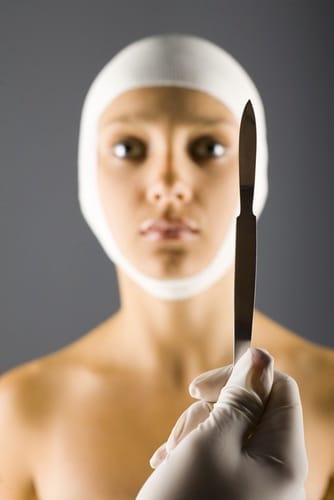 When our writer Natalie Fasano told me she wanted to interview a plastic surgeon she had met at a function I was at first reticent but at the same intrigued. On one side I thought ‘plastic surgeon?’ We only do celebrities and auteurs here. Then I thought ‘wait a minute he is the first one celebrities are so often running to…’ Then the question started running through my mind why has plastic surgery become so prevalent in our society, so matter in fact ingrained, as if going to a dentist to pull out a tooth? Of course instead of pulling out teeth, we were pulling out fat cells and in their place putting new cheekbones. Why? What was really at stake? That said I demurred and later insisted that she go and interview her plastic surgeon- Dr Shafer. I think you will find the read very provocative….”

I first met Dr. David Shafer, of Shafer Plastic Surgery, at Loris Diran’s birthday party. That said less than a week later at the behest of our Editor I was now sitting in his office, my eyes darting from one brochure to the next- ‘breast augmentation,’ ‘liposuction,’ ‘chin implant,’ wondering who seriously came here, why they came here and what he Dr.Shafer the dream maker they had come to see thought about all of this. Finally greeting me, I then proceeded to join him in his office (his ‘consultation’ room) and started to ask him some questions.

How did you get into plastic surgery?

I was sick a lot as a child, and my grandmother, who was a World War II nurse, had all of her instruments lying around the house. Whenever I was home sick, or on summer vacation, I would play with the surgical tools. Also, I became a fan of needlepoint. The hand eye coordination sprung from that, as well as an appreciation for colors, shapes and how things fit together. My mother is a psychiatrist, and though I didn’t directly follow her footsteps, I found that psychiatry certainly has a role to play in consultation. Someone once told me that 50% of a surgeon’s job is knowing who not to operate on.

Why is plastic surgery so endemic in our culture?

Image and Style are two driving forces in our culture. I’m not suggesting that a face lift should be viewed as a fashion accessory, but we are a body conscious society. People have the opportunity to alter their bodies in an easy, safe and effective way. We’ve come a long way from 20 years ago.

What does this suggest about the current dialectics?

Again, I think it really comes down to the fact that plastic surgery has become a safer and more effective means to achieve a desired look. The one problem I have, however, is reminding people that what they are undergoing is real surgery. Though certain procedures, like Smart Lipo, have evolved to achieve minimal downtime and fast results, I am constantly reinforcing the fact that this isn’t a massage. There is still risk involved, there will be bruising, and there will be a period of recovery. 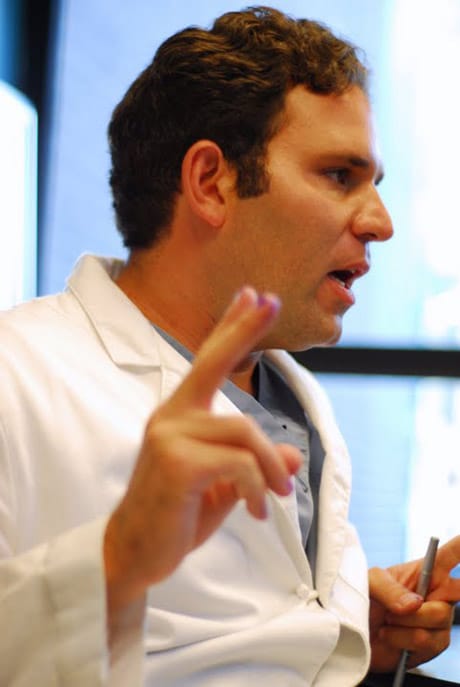 Why is it so paramount that people look ‘beautiful?’ Where do you draw the line?

The idea of Beauty has always been there, though the definition of “beautiful” has radically changed over the centuries. The Romans had a very different ideal than, let’s say, American’s in the 80’s. I look to enhance features that the person already has, rather than to recreate a transient aesthetic. Youth, for example, is considered beautiful, so I try to replace what my client has lost over the years. It is simply bad plastic surgery to agree to make someone look “like Brad Pitt.” You don’t want to look like someone else; you want to look like you, but better. Where do you draw the line, then? Do you have to?