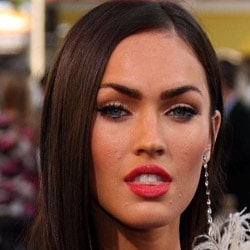 Unappreciative bitches are what I can call Katherine Heigl and Megan Fox. In a world where getting a consistent job as an actor is a 1-in-a-million chance deal, these two actresses are biting the hands which they have been fed on, HARD. Heigl was basically an actress floating around from movie to tv show ever since the cancellation of “Roswell” while Fox was a virtual unknown. Yet through “Grey’s Anatomy” and “Transformers” respectively, these two were put on the Hollywood map. Yet they choose to use the media as an outlet to complain about anything and everything.

On the David Letterman show, Heigl complained about the long hours on the set of her TV show. “Our first day back was Wednesday and it was — I’m going to keep saying this because I hope it embarrasses them — a 17-hour day, which I think is cruel and mean.” With tons of unemployed actors out there waiting tables, what faith does she have in herself that she thinks she can trash-talk and not be replaced by a more beautiful and talented actress eagerly waiting her turn in the wings?

As for Fox, she recently told UK’s Wonderland magazine about director Michael Bay:

“He’s like Napoleon and he wants to create this insane, infamous mad-man reputation. He wants to be like Hitler on his sets, and he is. So he’s a nightmare to work for but when you get him away from set, and he’s not in director mode, I kind of really enjoy his personality because he’s so awkward, so hopelessly awkward. He has no social skills at all. And it’s endearing to watch him. He’s vulnerable and fragile in real life and then on set he’s a tyrant. Shia and I almost die when we make a Transformers movie. He has you do some really insane things that insurance would never let you do.”

Yes, Megan Fox is a hot piece of ass, but the girl can’t act her way out of a paper bag. With someone that rises to the top so suddenly, is she forgetting that you can’t go more up that where she already is? All that faces her now is the trek downhill from this mountain that she was easily transported up with the smash blockbuster movie. Trash talking the famous director who handpicked you to be in his movie? Is that a good idea?

When media bitches don’t have talent, the back-up of directors or industry professionals, they are replaced by the next crop of media bitches.