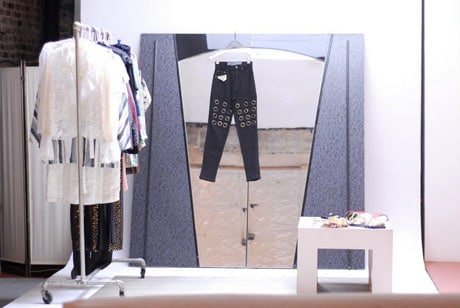 N.H: A lot of vintage people or people who are enthusiastic about vintage, look to overdue the whole look. With the hair and the –

SCV: So you’re drawing from the past, but looking to create modernity from it instead of randomly mimicking?

N.H: We want to pull something current.

AP: But also to be a little surprising too, is something that we strive for. To do something and then think about what might catch one’s eye for just a little longer of a second. I think, when we started out, we wanted to make money, but we wanted to do something artful. So, I love the [editorials] the most. It’s a lot of work. But that’s ultimately what we envisioned – this editorial where there would be looks and then you could click on the look to go to the shopping page, where there’d be, say, any other Helmut Lang thing associated.

SCV: So you go out of town and shop for pieces, is that right?

A.P: Yes. And we shop together a lot and then come back.

SCV: So you pull from all over America?

A.P: Pasadena’s Rose Bowl is really good. I’ll just go to Salvation Armies, basically, all over the place. Especially if you go in the suburbs, or if you go away from central cities, people don’t know [the labels]. They’re like $20. And that makes it a weird business, too. Because you have to then decide how much things are worth.

SCV: You vagabond all your pieces and then you compile the looks. Do you have the pieces tailored?

A.P: We have them cleaned and tailored.

SCV: So in light of all the work you’re doing here, if you take the terms  ‘Fashion’  and ‘Style’ which would you say applies to you? Yes, it’s vintage, but just because you’re not necessarily cutting something from your own piece of cloth, you’re still assembling something, dressing someone, and it’s your creation, no?

A.P: I remember when I worked for Hannah, these people from Luca Luca came in two days before a show and we looked at the show and three of the pieces off the rack were vintage pieces they just put on the runway, like they were their own. I’m not endorsing that.

N.H: It’s the realization of the story, basically.

SCV: So do you find that ‘Fashion’ and ‘Style’ have skewed meanings at this point. You’re styling things, essentially, but how much does it offend you when people don’t find that to be your own creation?

A.P: I really don’t care. A lot of the time, I just want to fuck something up and make it look weird. That’s another thing I learned from the good editors I worked with – just to fuck something up a little bit so people look for a second more. The thing is those people have money, producers, the best models-

A.P: Yes. But now, you have to be a little more creative. We’d love to do real styling as Vagabond, but it would be a totally different thing, because it wouldn’t be our clothes, we’d pull from the houses. This is more resourceful and kind of clever. I just try to make you look a little bit more. We try not to be trendy. So, fashion is an entity…Style is a subjective thing and fashion is an umbrella, like…

A.P: Yes, the mother load. And style is how you walk around in the world, how you want to represent yourself. And some people care a lot more than others. 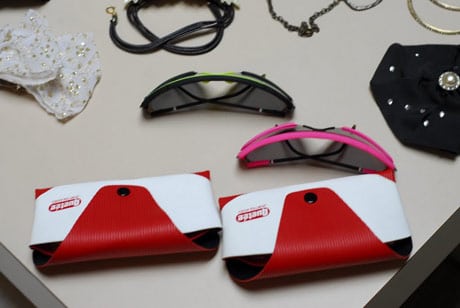