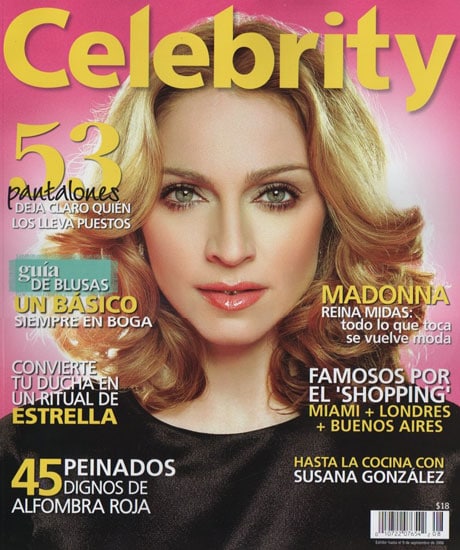 I had the terrible misfortune of working the door of a nightclub last night that must have been auditioning itself to be part of some reality t.v. show. There were lots of overwrought accessories, including the offensive “glasses on at night-time” phenomenon which for some misguided reason continues unabated. As well, there were multiple under-age revelers with little or no talent, reason for existence or significant ability to coherently communicate in greater details then shouts, bellows and clipped idiomatic slang diction.

Yes, fellow club goer, you guessed correctly – it was the urban equivalent of a celebrity wanna be or at least don’t you know I’m nearly one already party, never mind the BENEFIT card I’m using for my i.d. It was the sort of shindig where weaves and wigs are traded like wom pom, girls emerging from the alchemy of the bathroom with new hair and eye colors. It was the festival type where hip-hop song lyrics are acted out with amazing attention to detail.

No such a ho-down would be complete without the gracing presence of actual (as opposed to imagined) urban celebrities, and, this hootenanny had such expected presence at its very core. It was the album release party for Ciara, she of single song fame, she of eventual leaked sex tape to jump start her career – an event that none other then ‘Drop a Bomb on Them,’ Funkmaster Flex was mastering the ceremonies and jockeying the discs.

It is long my habit to ignore celebrities, almost to the point of snubbing. Having grown up in New York, the occasional sighting forever inoculated me against minor star struck mania.. Further, I have always been partial to actual talent and would be more tongue-tied around a radical yet unknown Jazz muscian or inventive artist then some Hollywood machine-person. Their presence in the city is never a positive for the city or its inhabitants. They slow foot traffic, their films close off blocks and they hog the club’s VIP section with hangers-on, entourage and assorted riff raff. New York has a long standing history of creating its own celebrity, so the injection of the glammed-up ones only serve to disrupt the natural order of things.

Not to mention that, as a doorman, it is my soul purpose to appear aloof, unaffected and perpetually sleepy. Last evening, I was all three. By placing myself at a remove, I had the unique opportunity to study the habits and actions of urban celebrity. Of course, this is not to judge as my interaction was fleeting and by no means an exhaustive account of their person. G-d knows were I being forcefully made to attend a grown-up and darkened version of the Mickey Mouse club, I’d be not my usual self too.

Urban celebrity can be divided into two main types: the Ciara and the Funkmaster Flex. Ciara was all celebrity, Hollywood diva-esque. Her door was opened for her, she walked squarely between her bodyguard and publicist and her interactions with strangers was forced and rehearsed. Flex, on the other hand,was boundless, free and radiated a joy that one certainly hopes celebrity and its inherent wealth might provide. He bounded up to the club so far removed from his bouncer that he appeared alone. He was smiles and pounds to the entire staff. Although he and I had met before, I knew he would not remember. Yet, his attitude and demeanor indicated he did. In fact, it indicated to all that he had known them, spoke to them, maybe even broke bread with them in some not so distant past.

Although he is a mediocre DJ at best, Flex electrified the crowd with his energy and personae. Ciara and her ilk sat motionless within the VIP, unmolested. It is the rare celebrity, be it urban or other, who is aware of the wave of public sentiment that provides them with their means and resources. Flex was aware and, seemingly, appreciative.

At best, celebrities are public servants. They are freelancers hired for our entertainment and amusement. It is their job, their livelihood, to provide us with the things we require, either creatively or emotionally. They are personal butlers, artistic wait persons who can be tipped for excellent service but who must always remember that if I am thirsty, I expect my water glass immediately topped off. To think otherwise is to devalue the power of the individual’s decision making property and personal agency. To treat them as if they were any better, diminishes their need to serve.

By ignoring them, we reaffirm the necessary order and insure our celebrities continue to work for our affections. Until they all do, I continue to ride out with Funk Flex! Let’s go!