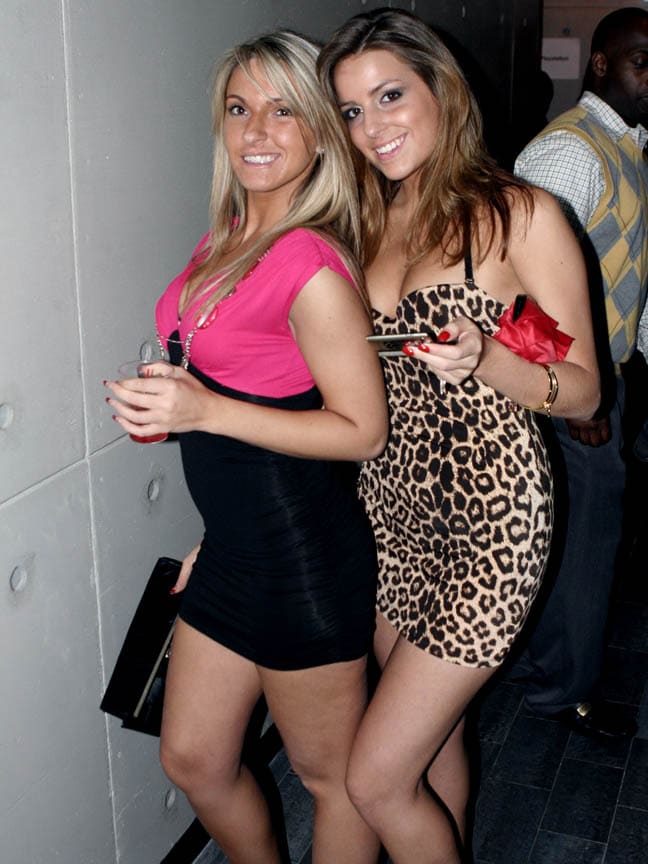 “I think the title of your article should be ‘Floozy Girls and Dopey Goombas’,” said Mark, our photographer, as we shoved our way through a sea of orange spray tans and expensive push-up bras. We managed to slip in by tagging along like we were part of someone else’s posse, and I headed straight to the open bar while he set up.

Cheeks burning, I ordered as much liquor as I could carry and slunk away to down it with Mark. Since the name of this event was “Game On!” it seemed like touring the game rooms was a good idea. Each room was a little exclusive, and if you hadn’t claimed it with a group of friends early on, you were way out of luck. The Twister room was raging and I witnessed a massive party foul involving a bottle of Hennessy and 3 open purses; the Wii Bowling room was way too sober to make Wii Bowling fun; the Xbox room was full of gamers dressed in full-on 80’s gear; and the Spades room was apparently where the cool kids hung out, because when I tried to turn it into the Hearts room, the three guys texting with their hats pulled low expressed very little interest in putting forth the effort needed to open the box of cards, still wrapped in plastic.

Sally Shan, special guest/host/promoter/girl-at-large was around, and I meant to introduce myself (after all I promised Scallywag) but she never seemed to stop, like a shark that circles around, checking on guests and monitoring fun levels. I did manage to get a minute with Valentine Whitaker, the Creative Director of FlipNY clothing company, one of the night’s sponsors. “This season’s theme is a combination of cityscape and urban vineyard,” he said as he pointed out some organic-looking curlicues printed on a street-style T-shirt. The T’s I saw were cool, but their Cityscape hoodie is perfect for New York.