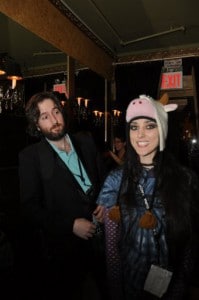 This is a terrible idea. The Stanford Prison Experiment famously established that putting people into roles such as prison guards and prisoners – even on a make-believe basis – would almost certainly bring about personality changes within both groups, with guards acting sadistically and prisoners taking on a docile attitude. Likewise, taking the creators of minor films and providing them with the trappings of celebrity can have no beneficial effect on either themselves or on society as a whole, and putting dozens of their mostly female fellow attendees in a position of relative subservience can do little more than to reinforce the unfortunate fundamentals of Hollywood at its most corrupt, although I’m exaggerating quite a bit.

It’s easy to criticize such an event as this, and it’s just as easy to forget that such things have a legitimate purpose, even if it does tend to bring out the hierarchical nature of human gatherings. This was a small celebration to recognize the work of several groups of young people who had successfully produced independent films of the sort that were worthy of recognition. 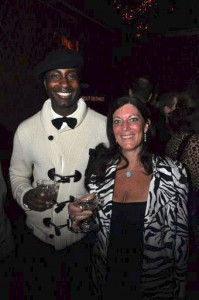 I met one such fellow, Jesse Gay, a Floridian who served as the protagonist in one of the seven short films that was to be screened at Gen Art alongside seven full-length features. He and his fellow Floridian film buffs had made Veer!, a ten-minute comedic short about the day in the life of a washed-up professional skater whose endorsement contracts have all dried up. Jesse was probably the most wholesomely enthusiastic person I have ever met at such an event – he and his friends were genuinely proud to have had their film selected by a major film festival, were equally happy to have been invited to come to New York, and were excited that this sort of recognition would provide them with an easier time of recruiting talent back in Florida when it came time to make their next movie. When you meet a good natured-fellow who’s had some success in a field that rarely rewards good natures, it’s hard to begrudge them their table, and easy to forget that you only managed to snag a single free drink.