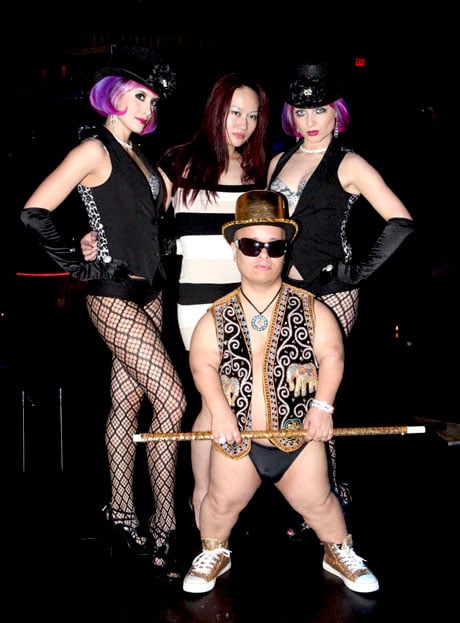 Trained in acting and directing Sally has found herself in a movie role greater than she could’ve possibly hoped to book over in Hollywood. At this rate, one shouldn’t even count that out as an option. In a culture that is seemingly random in who it heaps fame, accolades and rewards a simple discussion with the recipient of such accolades makes it clear, although devices and stunts exist to engender entrance to the front stage, staying beyond one’s first hit single requires stamina, composure and humility.

As I sip my drink Sally is assuring me that the champagne and the birthday cake are on the way, and of course I appreciate that and I am touched. Yet what I really want to know is how does someone admittedly very bright, personable and very much liked manage to stay in front of the curve?

Don’t you ever wonder if this will ever go away?

Yes, I do. But I just accept it. I really didn’t plan it. But it’s here, and I have all these people chasing me, booking me, asking me to endorse the parties in the Hamptons, be at this fashion line. And it’s great, but I try not to get too carried away by it.

Would you say you are a club promoter?

Some people may think that, but really I’m just this girl who is in disbelief that this is happening to her. I kind of keep waiting for it to end. But it doesn’t. It just keeps getting bigger.

And if it doesn’t?

I’m fine with that too. Really at the end I’m an artist. This is just one form of expressing myself. I’m enjoying myself, and I’m open to whatever may or may not come my way.

It’s at this point that I’ve got to attend to an office emergency, and I have to rush outside to tend to matters in hand and paradoxically my own ascent in cultural endeavors.

So there I am, everything finally under control, the warm Saturday night breathing on us, the clock pushed one hour forward and the incessant blinking on my I-phone.

“Just let me know if you want me to save you a slice of birthday cake. Lol, Sally.”

I look up at Gatsby’s sky, push an American Spirit to my lips and as I turn to light it I imagine for a moment the ever affable Sally Shan lighting her own candles…. 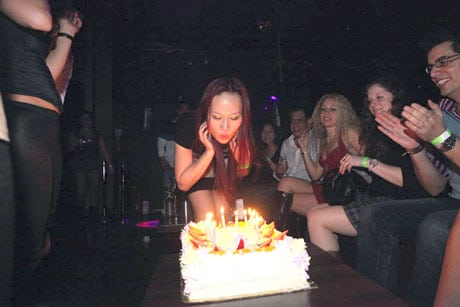